One of America’s five largest publishing houses, Macmillan Publishers Ltd., announced it will be significantly restricting the sales of its e-books to libraries during the first eight weeks after publication.

LOS ANGELES - One of America’s five largest publishing houses, Macmillan Publishers Ltd., announced it will be significantly restricting the sales of its e-books to libraries during the first eight weeks after publication, spurring outrage from public libraries across the country.

The restrictions on e-books are relegated to new releases — for the first eight weeks after a book is published, a library can only purchase one e-book copy.

Macmillan’s CEO, John Sargent, made the announcement in a letter addressed to Macmillan authors, Macmillan illustrators and agents, in which he said that “library lending was cannibalizing sales.”

Previously, large library systems — such as those in major metropolitan areas like New York — could have ordered hundreds of e-book copies as soon as a book was published. Now, regardless of size, each library system can only purchase a single e-book copy of new titles.

Without restrictions, libraries already face exorbitant wait times on popular e-books.San Francisco Public Library Director Michael Lambert wrote on Oct. 30, “Right now, there are 450 holds at San Francisco Public Library on an eBook that currently tops the bestseller list. That’s despite the fact that the library carries 100 copies of this particular popular title in a digital format.”

Sargent argues that the first eight weeks is a critical window for sales on a new book, and that’s why the restriction on e-books is being put into place.

“For Macmillan, 45 percent of the e-book reads in the US are now being borrowed for free from libraries. And that number is still growing rapidly,” Sargent wrote in his letter to authors, illustrators and agents. “The average revenue we get from those library reads (after the wholesaler share) is well under two dollars and dropping, a small fraction of the revenue we share with you on a retail read.”

As a sort of consolation, Sargent said that the first e-book purchased will be available to each library system in perpetuity upon publication, and the price of that copy will be cut in half from $60 down to $30. Before the new terms went into place, libraries had to pay $60 for a first copy and would need to seek renewal after two years or 52 lends.

As soon as the new policy was announced in July, libraries began pushing back.

“This is personal,” the ALA wrote on the petition site.

Sargent responded to the backlash he received in a follow-up letter speaking directly to librarians in which he apologized and expressed regret that he did not write directly to the group first with Macmillan’s terms change.

“I meant no disrespect,” wrote Sargent. “Also, please know that this change was well considered and deeply discussed with over 35 library systems, with your suppliers, and with the ALA. We shared the analysis we performed and the data we collected.”

In a letter responding to Macmillan and Sargent, the ALA claimed that Macmillan is the only of the top-five largest publishers in the U.S. “that perceives a business need to limit library purchases.” 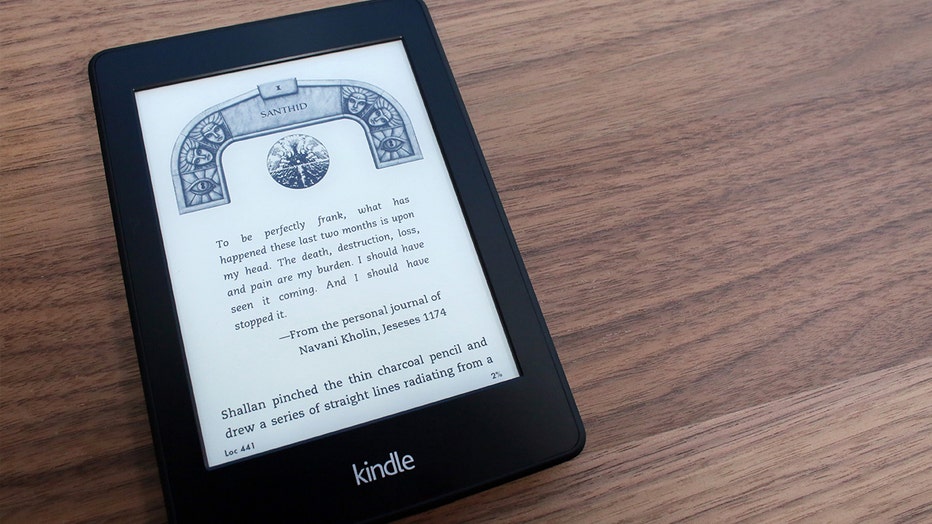 An e-book is displayed on a Kindle device. Macmillan Publishing, one of the top five U.S. publishers, announced that it will be restricting libraries' e-book purchases during the first eight weeks after publication.

The organization further alleged that it has routinely asked to see the data that Sargent claims to have shared, to no avail.

“ALA has frequently requested but never received data or analysis that demonstrates that library lending undermines book sales,” the ALA wrote. “It is simply false to state otherwise.”

“This embargo... particularly harms library patrons with disabilities or learning issues,” the ALA wrote in its response to Sargent. “One of the great things about eBooks is that they can become large-print books with only a few clicks, and most eBook readers offer fonts and line spacing that make reading easier for people who have dyslexia or other visual challenges. Because portable devices are light and easy to hold, eBooks are easier to use for some people who have physical disabilities.”

Just because there are less digital copies of new books available, the ALA argues, does not mean that book sales will increase in those first eight weeks anyway — especially since many patrons of public libraries are low income.

In his letter to librarians, Sargent attempted to position Macmillan as a supporter of libraries’ mission, not an adversary.

“We are great believers in libraries. We have supported library programs for decades. We realize the role libraries play in discovery, in literacy, and in building readers,” Sargent wrote.

But the ALA continued to push back against the decision, vowing, “If Sargent cannot or will not hear us, we will continue to take action with our community leaders and patrons, with Congress, with state legislators and attorneys general, and with publishers and authors who view libraries as allies rather than adversaries.”