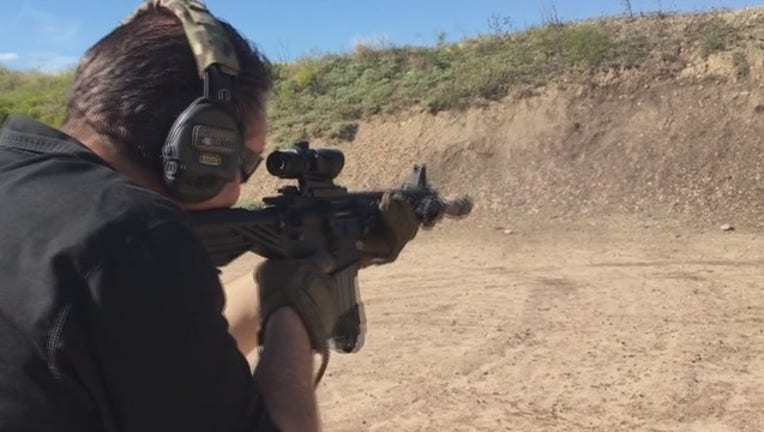 AUSTIN, Texas (FOX 7 Austin) - Bump stock devices for rifles and handguns are now officially under the classification of machine-gun by the ATF. The 157-page ruling was posted Tuesday. "I think it’s going to have to go to the Supreme Court,” said Steve Ou a licensed firearms dealer in Cedar Park.

Ou is not surprised by the ruling because a bump stock device was used by the gunman in the Las Vegas shooting rampage. "This is going to have to go into the court because now they have said this is a firearm in and of itself, before it was just a piece of plastic."

The ATF did use a past Supreme Court ruling to justify its ruling.

The court defined ... A machine-gun within the NFA (National Firearms Act of 1934) as something that "fires repeatedly with a single pull of the trigger."

The ATF, in its summary, went on to quote a former NRA president who in congressional testimony stated a gun "which is capable of firing more than one shot by a single pull of the trigger, a single function of the trigger, is properly regarded, in my opinion, as a machine gun."

Gun control advocates consider the ruling a step, but say more needs to be done.

"Yeah, common sense gun laws, things that most people can come together and agree on like making sure there is a back ground check on every gun sale, like people need a license to carry a gun, and also things like educating our community about parents safely storing guns,” said Nicole Golden with Moms Demand Action for Gun Sense in America.

Before the ruling was drafted the ATF received almost 200-thousand comments.

Despite that response, lawsuits are expected to be filed before the end of the week.

There is no federal data base on who bought a device, but its estimated there are a little more than 500,000 bump stock devices are owned by the public. With no grandfather clause in the ruling, keeping them locked away is not an option.

The government not only wants the devices off the streets but destroyed.

Disposal options include: melting. shredding, and crushing. It was noted that any method used must render the device incapable of being restored. Another option is to turn it in.

Bump stocks can be handed over at any local ATF office but officials say appointments must be made, no drop-ins. Failing to comply and getting caught with one can lead to a felony arrest.