The young father was just 31 years old when he got diagnosed with job-related colon cancer in 2020. After his diagnosis, he made it a mission to make sure firefighters get screened earlier in life. His efforts saved the lives of two fellow firefighters who were unknowingly battling cancer as well.

FLOWER MOUND, Texas - A memorial will be held later this week for a North Texas firefighter who lost his battle with cancer.

Wade Cannon, a firefighter paramedic for the Flower Mound Fire Department was still in the prime of his life.

The young father was just 31 years old when he got diagnosed with job-related colon cancer in 2020. After his diagnosis, he made it a mission to make sure firefighters get screened earlier in life. 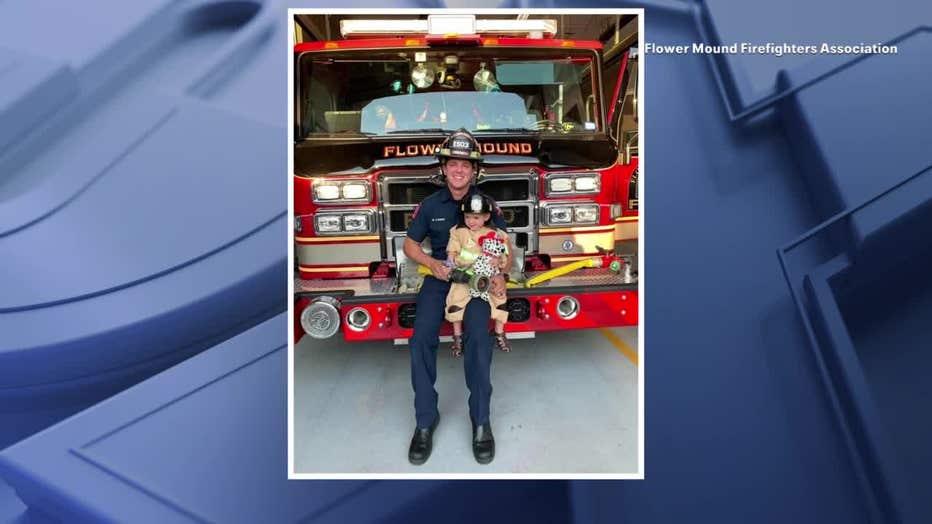 The Flower Mound Community is mourning the loss of 33-year-old Wade Cannon who died Saturday after a two-year battle with colon cancer.

Tim Mackling was his supervising captain.

"It hit me hard Saturday," he said. "But when I saw him, I realized he was no longer in pain."

Cannon was diagnosed with occupational colon cancer in Sept. 2020 after stomach pains led him to visit his doctor. He shared his story in a video produced by Flower Mound Professional Firefighters Association last year.

"Went to my doctor and he was like, ‘You’re too young to worry about anything like that,’" Cannon said in the video. "But I persisted, and I was like I kind of want to go get a colonoscopy."

The CDC generally recommends colonoscopies every 10 years for adults starting at age 45.

But the age of 31, doctors not only found a tumor in Cannon’s colon; they also found his cancer had spread to both his lymph nodes and liver.

Mackling says between the chemotherapy and clinical trials, Cannon still thought of others.

In 2019, state lawmakers passed legislation to help firefighters and EMTs with job-related cancer qualify for workers' compensation. But Mackling says it only covers certain types of cancers and needs to be broader.

"We love doing this, and we understand that there are some inherent dangers with our job," Mackling said. "But we should also have the right to claim certain cancers underneath workers comp."

Cannon’s commitment to spreading awareness was clear in his own words.

"There’s an element to other people getting checked out and knowing they're either okay or not okay that gives me a piece of mind that," he said. "Regardless of how this turns out, we’ve won."

That message inspired at least a dozen of his colleagues to get screened. Turns out two of them also had colon cancer. Both are now in remission.

"Cannon won because he saved two lives in our own department," Mackling said.

Cannon’s funeral service will be at 11 a.m. on Friday at the Village Church Flower Mound campus.