Fire breaks out at abandoned warehouse

Thick smoke could be seen for miles after an abandoned warehouse near the Dallas and Grand Prairie border caught fire Tuesday morning.

DALLAS - Investigators are trying to figure out what sparked a large fire at an abandoned warehouse in Dallas Tuesday morning.

More than 60 firefighters were called to the intersection of West Jefferson Boulevard and Loop 12/Walton Walker Boulevard around 6 a.m. That's right on the Dallas and Grand Prairie border near Hensley Field. 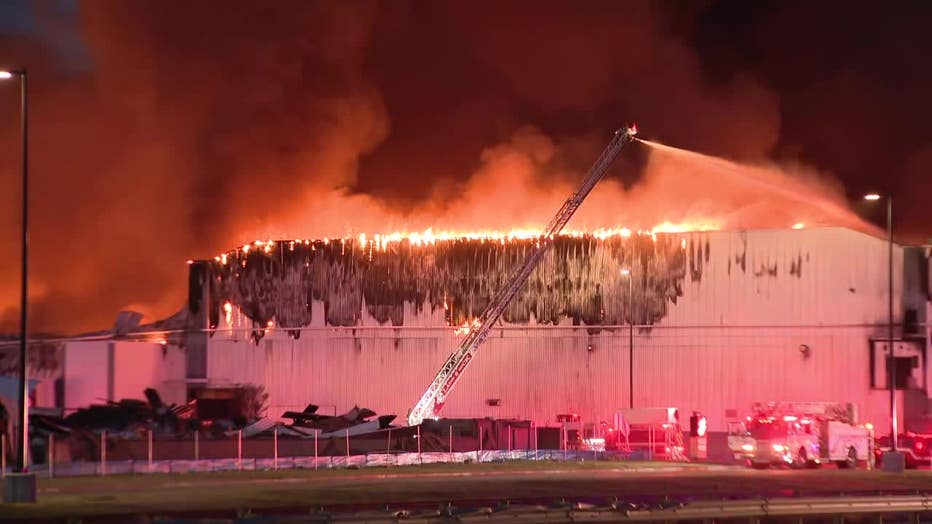 The fire was so intense that the firefighters had to take a defensive approach. The flames severely damaged the building, causing the roof to collapse.

The former aviation manufacturing plant warehouse was reportedly in the process of being demolished.

It caught fire earlier year. Investigators said that fire was due to homeless accessing the building and lighting fires inside.

Watch a time-lapse clip of fire consuming an abandoned warehouse near the Dallas and Grand Prairie border. Plus, video from SKY 4 shows the charred remains of the building.

No one was hurt, but the smoke and flames did cause traffic delays in the area for several hours.

Fire crews and investigators are expected to remain at the scene throughout the day.

They may never know the cause of Tuesday's fire because of the amount of damage to the building.