One of the 13 U.S. service members killed in a suicide bombing at the Kabul airport in Afghanistan was a Marine from Texas.

One of the 13 U.S. service members killed in a suicide bombing at the Kabul airport in Afghanistan was a Marine from Texas.

The family of Marine Lance Corporal David Lee Espinoza from Laredo, Texas, shared the news that their loved one was among the fallen troops in Kabul.

Several other families around the country are also confirming the names of some of the 13 service members killed.

The death toll among Afghan civilians rose to 169 and it's expected to climb higher. This as the identities of those who lost their lives serving the U.S. started to be released.

Some U.S. families finally learned of their loved one’s fate in Afghanistan.

"I am proud of him [because of what] he did. But as a mother, you know, it’s hard," said Elizabeth Holguin, Espinoza's mother. 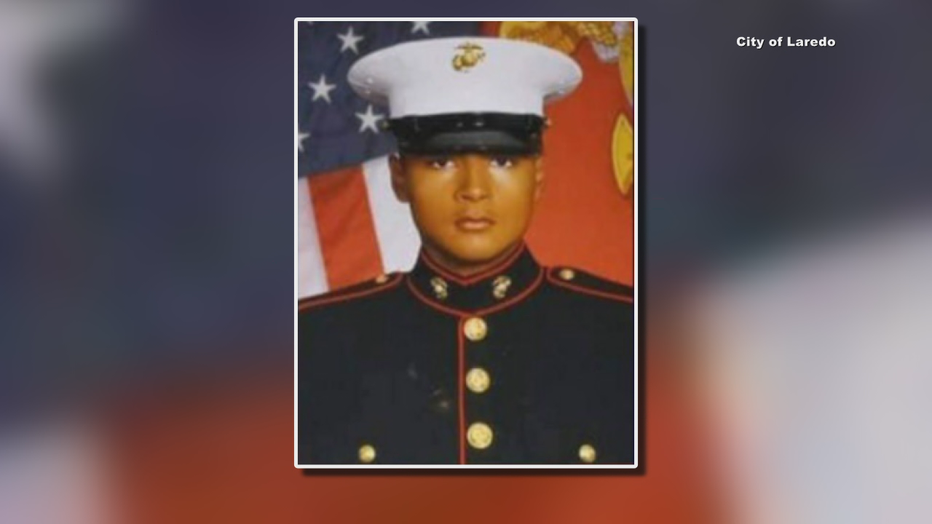 Espinoza’s parents were among those who got the heartbreaking news.

"I told him all his life, since I met him, what he meant to me. So I really don’t have to say much because he knows," Espinoza’s stepfather, Victor Manuel Dominguez, said.

"This is a devastating time for these gold star families, a title no one wants to hold but we absolutely hold in the utmost respect," U.S. Army Maj. Gen. William "Hank" Taylor said.

President Joe Biden's only time with reporters Friday came during a meeting with the new Israeli prime minister.

The President only briefly talked about Afghanistan.

But military officials now say there was only one explosion Thursday.

A second reported at a hotel near the Kabul airport was bad intel.

As they piece together what happened, they’ve been forced to pivot to new threats.

"The national security team, the president met this morning. Advised the President and vice president that another terror attack in Kabul is likely and they are taking extra force protection measures at the Kabul airport," White House Press Secretary Jen Psaki said.

RELATED: US presses on with Afghanistan evacuations despite fears of more attacks

The Biden Administration expects the next few days, ahead of the August 31 withdrawal deadline, to be the most dangerous.

In part, because the military is beginning to evacuate part of its force while continuing the evacuations of Americans and Afghan allies.

"Our troops are still in danger, that continues to be the case every day they are there. This is the most dangerous part of the mission, this is the retrograde period of the mission," Psaki said.

The White House said Friday morning that 8,500 were evacuated on U.S. aircrafts in the last 24 hours, and 4,000 were on allied flights.

Roughly the same total as the day before the attack.

Many arrived at Dulles International Airport near the nation’s Capital.

Pentagon officials say the injured servicemembers were flown to Germany for treatment.

It's still unclear when the remains of the fallen will arrive at Dover Air Force Base.