LAKE WORTH, Texas - Lake Worth police seized more than $2 million in drugs and also uncovered an arsenal of illegal high-powered weapons. It’s the largest illicit pharmaceutical seizure in the department’s history.

Lake worth PD arrested 43-year-old Jon Curb and faces multiple illegal drugs and weapons charges. He was inside a home on Lakeside Drive last Friday when police had a warrant for his arrest based on tips and multiple overdose calls connected to the address.

"We gained entry very fairly quickly," explained Lake Worth Police Det. Landon Rollins. "Once we got in, he was resistant. He didn’t actively fight. He just wasn’t obeying commands." 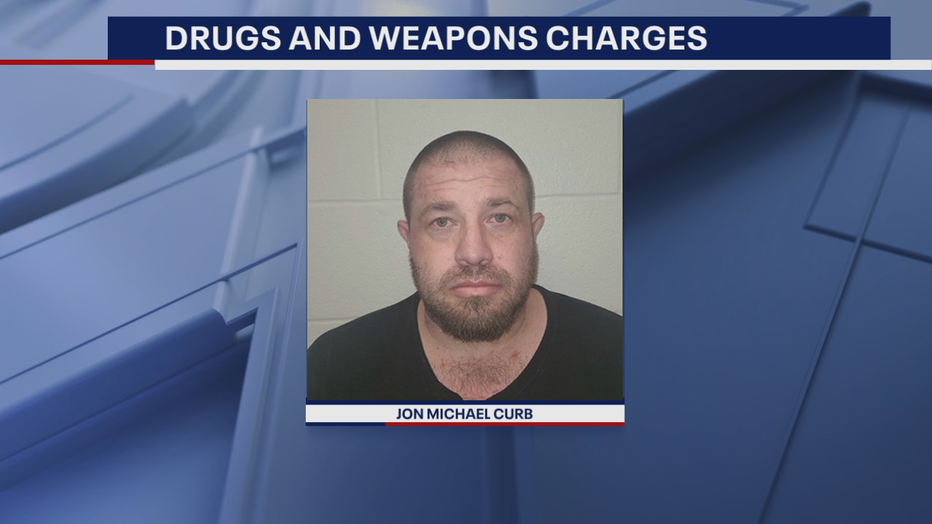 Investigators say the arrest was just the beginning.

"The most significant seizure was amphetamine, or more commonly known as Adderall. Detective seized 3390 grams of suspected amphetamine. 3.39 kilograms of amphetamine," explained Lake Worth Police Chief Jay Manoushagian. "They also seized 18.6 grams of suspected fentanyl powder. And that number may seem small, but that’s enough doses to kill mine 9,300 people. That’s more than the population of our entire city."

Police showed off more results from the bust: 11 high-powered illegal guns, a pill press machine and an alarming street value of $2.3 million worth of dope.

Police say neighbors often reported constant traffic in and out of the house and other suspicious activity.

"You could not step in this house without stepping on a meth pipe, empty baggies, paraphernalia," Rollins said. "I’ve been doing this for a little bit. It was in every room of this house, every nook and cranny. Everywhere you looked, there was narcotics and paraphernalia."

"The most significant thing to me it’s when I think about these 11,721 lethal doses. Those are lives lost and families destroyed," he said "And so and then you know beyond that, you think about these weapons in the wrong hands."

Police say the case is under review by federal authorities.