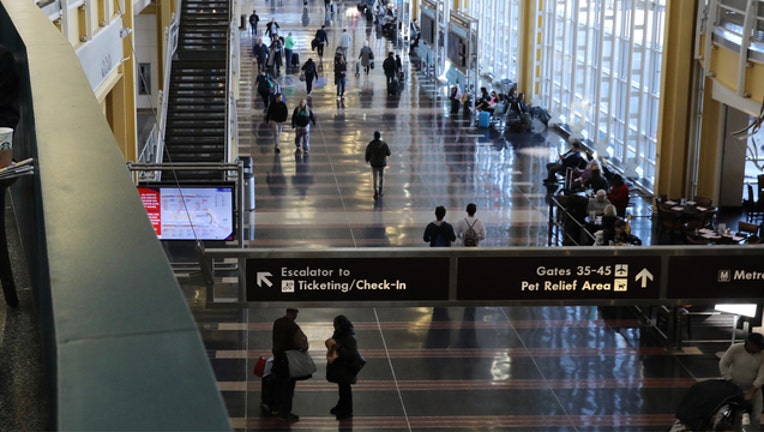 Passengers move through Ronald Reagan National Airport on the day before the Thanksgiving holiday November 21, 2018 in Washington, DC. (Photo by Chip Somodevilla/Getty Images)

ARLINGTON, Va. (AP) — The Federal Aviation Administration says it will temporarily shut down flights in and out of Reagan National Airport on Thursday to accommodate military flyovers associated with President Donald Trump's July 4 celebration plans.

The FAA said Tuesday that the airport just outside the nation's capital will suspend operations from 6:15 p.m. to 7:45 p.m.

The U.S. Navy's Blue Angels, F-22 fighter jets and possibly other military aircraft are expected to conduct flyovers as part of Trump's plans for a "Salute to America" that will include a speech from him at the Lincoln Memorial.

Dozens of flights typically come in and out of the airport during that time period.

The FAA says operations will also be affected from 9 p.m. to 9:45 p.m. during the fireworks display.