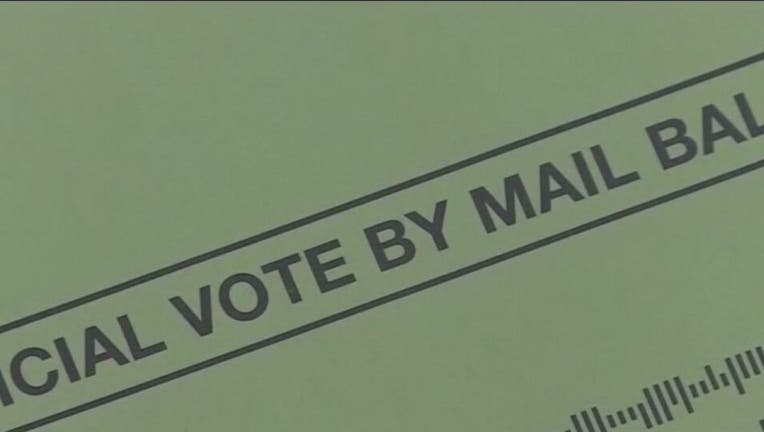 SAN ANTONIO (AP) - A federal judge on Friday night handed Texas’ elections overhaul a partial defeat days ahead of 2022′s first primary over rules that criminalize encouraging voters to get a ballot by mail.

The ruling by U.S. District Judge Xavier Rodriguez in San Antonio is limited but orders Texas not to enforce that narrow part of the law against Harris County, which in 2020 sought to send more than 2 million voters mail-in ballot applications during the pandemic in the state’s largest Democratic stronghold.

Texas was expected to appeal the decision, which comes just days before early voting begins for the the first-in-the-nation primary on March 1.

Texas has some of the nation's most restrictive rules surrounding vote-by-mail, generally making it only available to voters who are at least 65 years old or have an illness or disability. Under the new law signed by Republican Gov. Greg Abbott in September, an elections official who solicits mail-in ballot applications from voters could face felony charges punishable by six months in jail.

The lawsuit was filed by officials in Harris County who have described feeling hamstrung to help Houston voters navigate the new law. The ruling also applies to the Austin area, where opponents joined the suit.

"Public officials should be able to recommend that option for folks who are eligible to vote by mail," Harris County Attorney Christian Menefee said. He criticized the new Texas law as "keeping these voters in the dark and discouraging them from voting by mail."