A Dallas man is on a personal mission to complete an ironman triathlon. But his training was nearly derailed after he was robbed at gunpoint.

DALLAS - A Dallas man is on a personal mission to complete an ironman triathlon. But his training was nearly derailed after he was robbed at gunpoint.

Despite the setback, he says he’s as determined as ever and has a message for those who frequent the same trail.

But as he approached a tree, his usual turnaround point he spotted two men in hoodies. 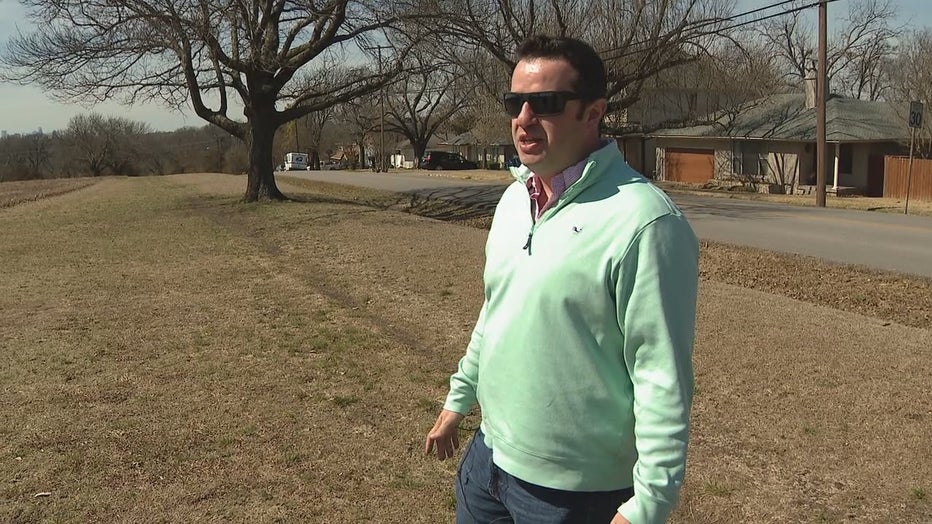 "My inner gut was saying there’s something off about this situation," he said.

Sullivan continued on, quickly realizing his gut was right.

"He put a gun to my head," he recalled. "I’m staring down the barrel of a gun. That’s probably the scariest part of this whole situation. A 16-18-year-old has your life in his hands over a cell phone."

They got away with his phone and sense of security.

A witness called 911, but the two attackers left with a getaway driver.

That day, Sullivan was not with his best friend, an English Bulldog with his own following. The two are normally on a crusade helping others fight addition and mental health issues.

Sullivan, who started running to help the healing process, says his goal is an Ironman Triathlon in November. And while he is shaken and feels violated, he wants to make sure others in the area are extra cautious. He says he’s not giving up.

Sullivan believes others driving by or on foot may have seen what happened or have information. He hopes they will report it to police to keep someone else from becoming a victim.