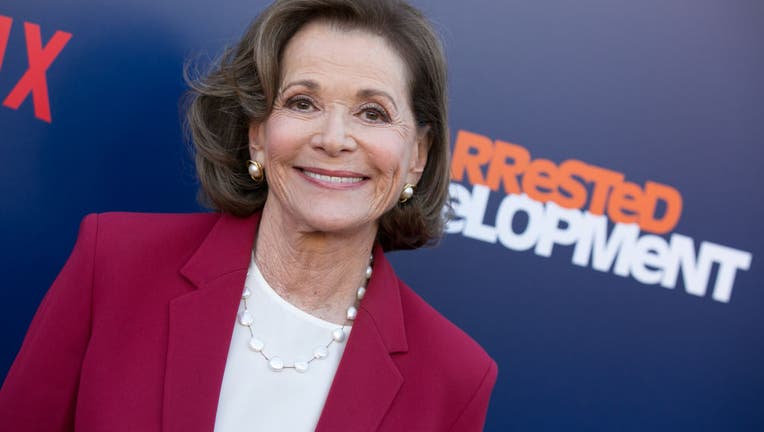 LOS ANGELES, CA - MAY 17: Jessica Walter arrives for the premiere of Netflix's "Arrested Development" Season 5 at Netflix FYSee Theater on May 17, 2018 in Los Angeles, California. (Photo by Gabriel Olsen/WireImage)

LOS ANGELES - Jessica Walter, who won an Emmy for her role as Lucille Bluth in "Arrested Development" and boasted a career in film and television spanning six decades, died at 80, her daughter confirmed.

In a statement to FOX TV Stations, Walter’s daughter Brooke Bowman said, "It is with a heavy heart that I confirm the passing of my beloved mom Jessica. A working actor for over six decades, her greatest pleasure was bringing joy to others through her storytelling both on screen and off. While her legacy will live on through her body of work, she will also be remembered by many for her wit, class and overall joie de vivre."

Hollywood studios and celebrities took to social media to express their condolences for the loss of the acting legend.

The Twitter account for Netflix, which streams "Arrested Development," wrote, "Her voice was unmistakable. Her talent was undeniable."

Actor and comedian David Cross, who starred with Walter in "Arrested Development," wrote, " I consider myself privileged and very lucky to have been able to work with her. Lucille Bluth is one of TV's greatest characters."

In 2019, Walter’s husband, Ron Leibman, best known for his Tony award-winning performance in "Angels in America: Millennium Approaches," died at 82.

Born in Brooklyn on Jan. 31, 1941, Walter’s feature debut was in the 1964 film "Lilith," with Warren Beatty, Jean Seberg and Gene Hackman, who was also appearing in his first film.

She eventually earned a Golden Globe nomination for her role in the John Frankenheimer’s racing epic "Grand Prix," from 1966 as the glamorous but discontented wife of a Formula One racer who falls for another driver.

That same year she appeared in Sidney Lumet’s "The Group," a female-led ensemble about the graduates of a prestigious university (Walter played the catty Libby), and acted for Lumet again in 1968’s "Bye Bye Braverman."

She would go on to win her first Emmy Award for her role in the limited series "Amy Prentiss NBC Sunday Mystery Movie."