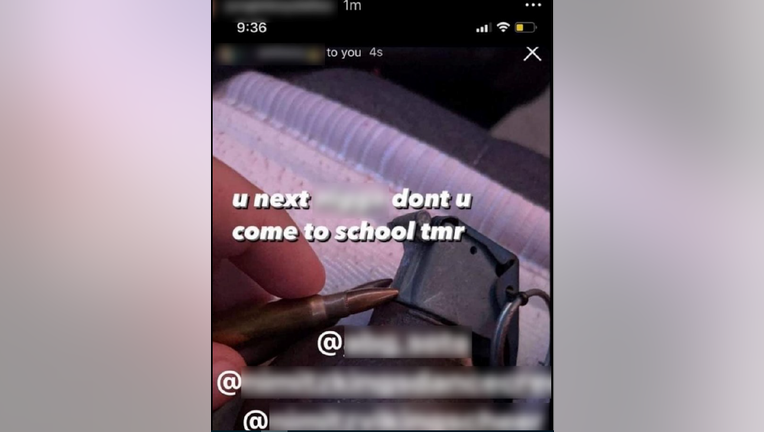 Police said a group of juvenile male students posted a picture of a rifle round and what looked like a grenade on social media on Sunday.

Officers contacted the juveniles involved and determined the grenade was actually a car accessory gear shifter.

"There is no continued threat towards Nimitz High School or any other Irving ISD school," police said in a release.

The students could now face criminal charges, as well as discipline by school administrators.