The search continues for the reported weapon that put MacArthur High School in Irving on lockdown for several hours Wednesday.

IRVING, Texas - The search continues for the reported weapon that put MacArthur High School in Irving on lockdown for several hours Wednesday.

Three students who were detained early on have now been released.

The lockdown started after someone notified the principal that someone was showing off a gun inside a bathroom.

Students were forced to wait in classrooms before being taken to another campus. Those who drove to school had to leave their cars behind.

Investigators say nearly an hour before school was set to end Wednesday afternoon, the principal got word that a student was showing off a weapon in a bathroom.

"The initial comment was inside of the bathroom a gun was shown. Something about how it was displayed," said Irving Police Officer Robert Reeves.

Three boys seen leaving that bathroom around the time of the report were detained but not arrested. The 1,000 students on campus were then locked down in their classrooms. Police let them out class-by-class, sending them to a nearby middle school campus.

"We started hearing screaming and the cops knocking on the doors, getting the kids out and finally it was our turn," said student Devanny Rodriguez.

Dozens of worried parents drove to McArthur after hearing about the lockdown.

"I am sick to my stomach," said parent Jessica Gambaro. "You don’t know what’s going on."

In the end, families reunited at Travis Middle School and nobody was hurt. 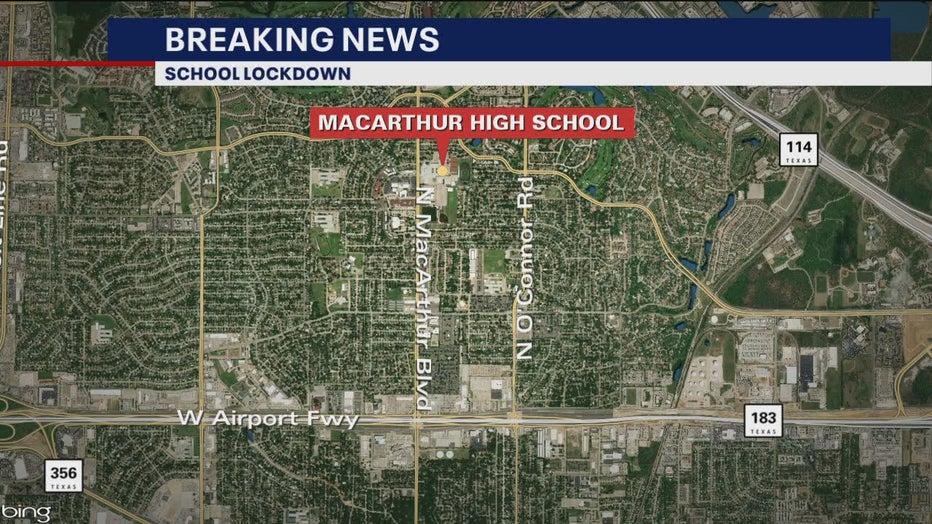