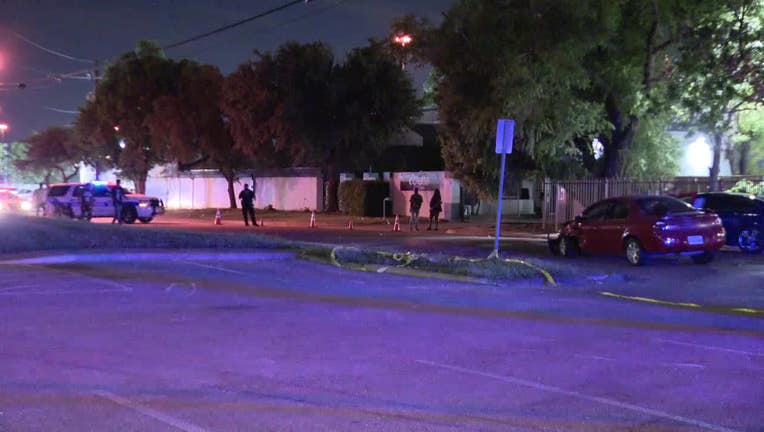 DALLAS - A 30-year-old man has been charged with intoxication assault after police said he tried to flee after hitting two pedestrians, before crashing into a car early Sunday morning.

The wreck happened just before 3 a.m., in the 10000 block of Composite Drive.

Police said the suspect was northbound in a red 2005 Dodge Neon as a 21-year-old woman and 32-year-old man were crossing the street.

The driver struck both pedestrians, continued to drive, before crossing into the southbound lanes and crashing into another car.

The suspect, whose name has not yet been released, then tried to flee on foot, but was caught and taken into custody.

Both pedestrians were taken to a local hospital with serious injuries. The two people in the other car said they had minor injuries.

In addition to the two counts of intoxication manslaughter, the suspect also faces four counts of fail to stop and render aid.