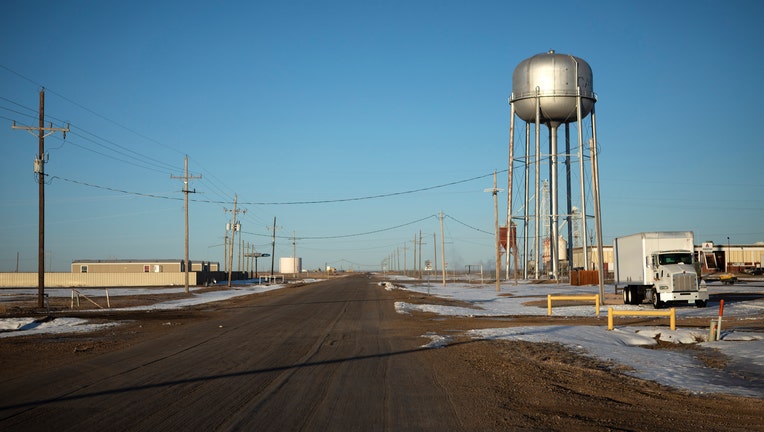 Some rural Texans are facing the threat of losing phone and internet service after the state recently slashed subsidies that help providers offer service in sparsely populated areas.

More than a million Texas households are in rural areas where network phone service is more expensive to provide, with fewer customers and longer distances between them. Broadband internet service is not subsidized but is often provided on those same lines. Normally, the state reimburses telecommunication companies for providing service in these areas through the Texas Universal Service Fund. But for the past five years, the fund has been bleeding money.

The situation reached a head this month when the Public Utility Commission of Texas, which oversees the fund through a neutral third party, said it could only reimburse the telecommunication companies for 30% to 40% of their service costs.

"These are critical infrastructure networks," Moore said. "911 could be threatened. All emergency services along the borders — for Big Bend, we serve quite a bit of border security — the mechanisms, the investments in the networks that we’re able to make are truly in jeopardy, immediately. And we are already seeing that reduction."

Moore’s company usually receives around $300,000 a month from the state fund, but it only received $100,000 for the last monthly payment.

Last year, the Public Utility Commission projected that the Universal Service Fund could run out of money by December 2020. Money flows into the fund from a 3.3% assessment, or tax, on voice calls. But a shift to internet-based phones has decreased the number of voice calls, depleting the fund.

Texas lawmakers and telecommunications companies have been asking the commission to increase the assessment on voice calls or apply it to other kinds of calls to generate more money for the state fund. Since these requests were filed, the commission has not made any changes.

Andrew Barlow, commission spokesperson, declined to comment for this story.

The service is particularly critical to maintain during the pandemic, when so many meetings and gatherings have been driven online, officials say.

White said losing service would also impact rural businesses, some of which support industries that impact the entire state. He suggested the commission stop serving formerly rural areas that have become exurban or suburban since the fund’s creation in 1987 to support the areas most in need.

"Even though it’s impacting rural folks in a disproportionate manner, it’s a statewide issue," White said. "Oil and gas, agriculture, timber — all of that begins in a location in rural Texas. If we want to continue to pull ourselves out of this COVID economic ditch, we’re going to have to make sure that East Texas, and all of rural Texas, is connected to the entire world."

The fund also pays for phone services such as Lifeline, which helps low-income Texans afford basic telephone service, and Relay Texas, which helps connect individuals who are deaf, hard of hearing or have speech disabilities.

Telecommunication companies, including Moore’s, filed a lawsuit last week against the commission, claiming it violated multiple Texas laws when it reduced funding. Moore said he hopes the suit will compel the commission to raise the assessment on voice calls and provide adequate funding to the providers.

State Rep. Ken King, R-Canadian, filed a bill for this legislative session to allow the commission to charge internet-based voice calls to give the fund a better source of revenue. State Rep. Travis Clardy, R-Nacogdoches, said the issue is a top priority for the Legislature and could potentially be pushed through as an emergency measure.

"We do not need the program to go under for lack of funds," Clardy said. "That would be tragic, it would be unnecessary, and it would be extraordinarily short-sighted."

In a 2020 letter, King asked for the commission’s plan for the companies if the Texas Legislature fails to pass a bill this session.

John Urban, former executive director for the commission, said in a letter response that at the time, the commission did not have a contingency plan for that situation.

"Internet and phone services in rural Texas threatened as state slashes subsidies for providers" was first published at https://www.texastribune.org/2021/01/25/rural-texas-broadband-service/ by The Texas Tribune. The Texas Tribune is proud to celebrate 10 years of exceptional journalism for an exceptional state.