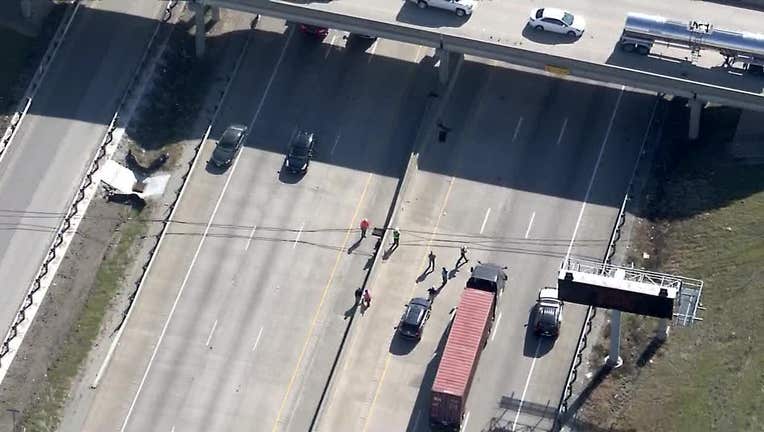 ENNIS, Texas - Interstate 45 was shut down Monday because of downed power lines.

It happened along the Ellis-Navarro County line between Ennis and Corsicana.

It’s not clear what caused the power lines to collapse, but they affected both north and southbound traffic.

Drivers were diverted between FM 1126 and FM 1182, causing extensive delays.