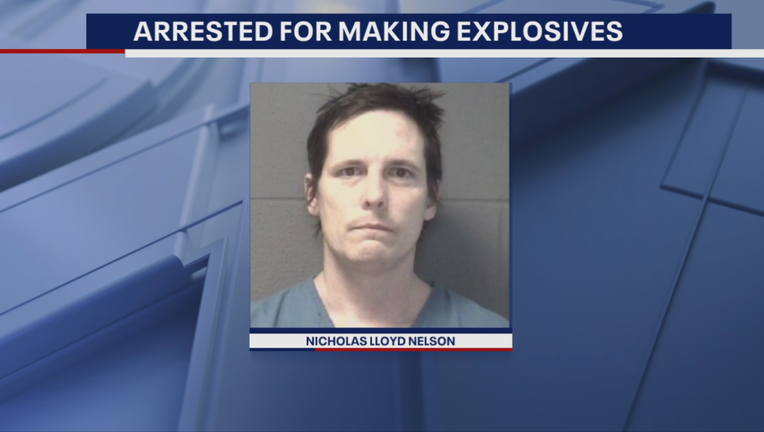 HURST, Texas - Police in the Fort Worth suburbs of Hurst arrested a man following reports he manufactured explosive devices in his apartment.

It happened Wednesday night at the Valley Oaks Apartments on Pipeline Road, south of Highway 121.

Those who live around 37-year-old Nicholas Lloyd Nelson’s apartment were temporarily evacuated as he was taken into custody.

A bomb squad also searched his apartment and reportedly found explosives inside. Police plan to destroy them in a safe location.