Hundreds of people took a stand Saturday to put a spotlight on the recent Black Lives Matter movement.

DALLAS - Protests for racial equality continue to erupt across the country a day after Juneteenth.

Faith leaders say the city of Dallas must step up and do its part to make a difference.

Hundreds of people took a stand Saturday to put a spotlight on the recent Black Lives Matter movement.

They said this uprising will continue until all Black people can live in full freedom with the dignity they deserve.

A commitment to end racist violence and honor the lives lost because of it.

“It’s a call to tear down the system of white supremacy and other things that are ingrained in our country to start over. It can’t be the way that it was. We need to come together, white people, Black, brown, Jewish, Christian, Muslim, to come together to create something new,” Reverend Stacey Brown, with Faith in Texas, said.

On Saturday, hundreds of people, of all backgrounds, marched and protested together in solidarity. 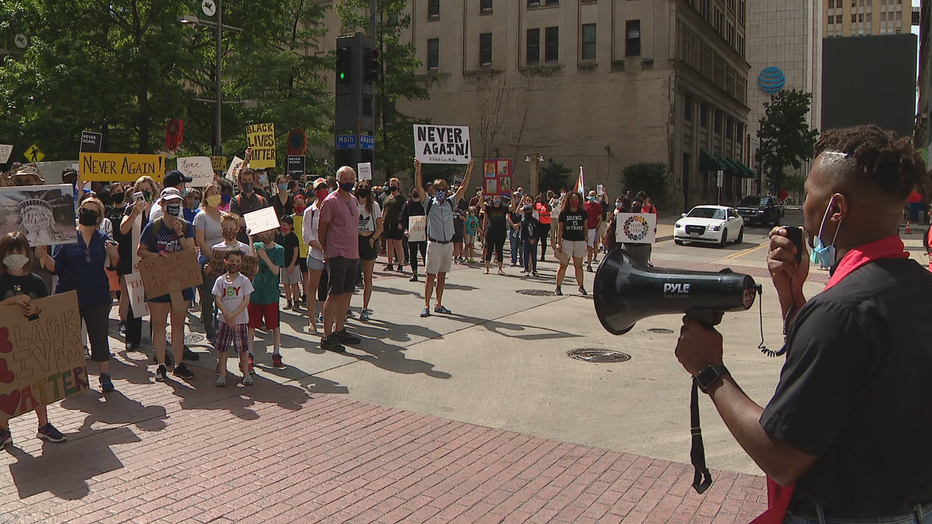 The Never Again Pilgrimage for Black Lives was hosted by Faith in Texas, a multi-racial, multi-faith grassroots movement.

The protest started at JFK Memorial Plaza and ended at the Frank Crowley Courts Building.

“To ensure that we are keeping visibility on this, so that way, it’s just not a statement, that we can get actual policy changes from this,” Brown said.

The march made a stop at Main and Ackard streets to recognize Allen Brooks, an African American man who was lynched by an angry mob in 1910.

They also recognized Diamond Brooks, an African American woman who died in Dallas police custody in 2018.

In response to the past and present events, the crowd shouted "never again."

”It shows that more brings us together than what separates us, and that we can put aside our differences to come together to fight for justice and for liberty and for equality and equity for all,” Brown added.

Faith in Texas leaders said that together, we can unleash a new system of justice that ensures the hungry are fed, the vulnerable are cared for, and the sick are healed.

There were also protests held in Fort Worth Saturday, including the March on Berry.

They marched for a mile and a half starting at 11 a.m.