A large group of people gathered in Downtown Dallas Saturday as part of the Women’s March to protest the new abortion law in Texas.

DALLAS - A large group of people gathered in Downtown Dallas Saturday as part of the Women’s March to protest the new abortion law in Texas.

The law, which bans most abortions after about six weeks of pregnancy, is considered the nation’s most restrictive.

"We as women have a right to make a choice. This is our bodies," protestors said.

"It’s a war on women. That’s what it is," protestor Becky Friedman said.

The law is unique in its enforcement, allowing private citizens to sue alleged violators and gain at least $10,000 in damages, if successful.

"What it does is it creates bounty hunters out of anybody in the United States," protest organizer Soroya Santos said.

The Biden Administration urged a federal judge in Austin, who presided over a three-hour hearing Friday, to suspend the law. A decision has not been made. 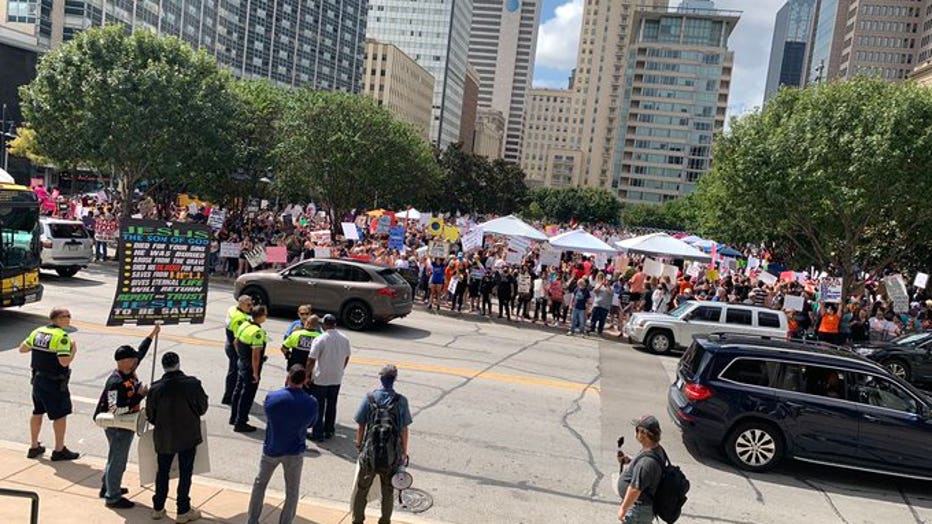 Saturday’s protest had some opposition. A group of about a dozen anti-abortion activists stood across the street. Most were quiet, other than a man who brought a megaphone.

Dozens of people from the march shouted at them.

It became heated, but never physical, with Dallas police having to keep some away from the smaller opposition side.

"We are always peaceful protestors because we are a nonviolent group and we love and want to share that message of love with women," anti-abortion organizer Erin Quinn said. "And so by shouting at them, that’s not the way you’re going to show them that love and that care that they deserve."

Quinn was among those who stood silent. She shared their message to women debating an abortion.

"They can succeed and they can do so much if faced with an unplanned pregnancy," she said.

Some marching believe there’s plenty to be vocal about.

"These are basic human rights we’re asking for. Abortion is healthcare," one protestor said. "It’s like we’ve gone back, I don’t know how many decades. It’s sad."

When it comes to abortion, those taking part in the Women’s March believe it should be a choice, even though they said it might be the most difficult choice.

"You think about it for the rest of your life. You think what could’ve been," Friedman said.

There was also a Women's March group that gathered in Fort Worth to take part in protesting the new abortion law. 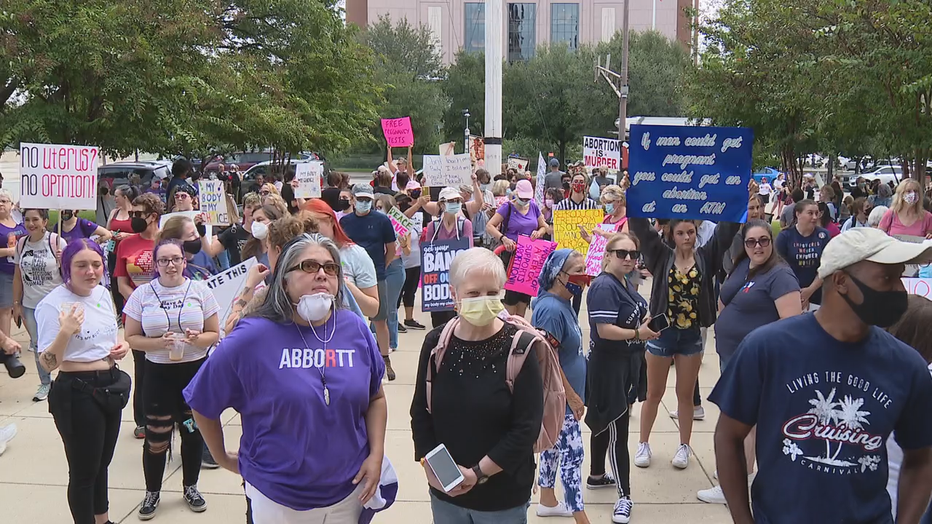