A growing number of mayors and county judges are demanding more local control. It is something Gov. Greg Abbott is resisting.

The state reported its highest daily number of new cases Saturday with more than 8,200 cases. Sunday it added another 3,400 cases to that total.

In hard-hit Harris County, which includes Houston, beds in intensive care units are at 80% capacity.

"I will tell you, a month ago one in 10 people were testing positive. Today, it's one in four. The number of people who are getting sick and going to the hospitals has exponentially increased. The number of people in our ICU beds has exponentially increased. In fact, if we don't get our hands around this virus quickly, in about two weeks our hospital system could be in serious, serious trouble,” he said.

Gov. Greg Abbott put a mask order in place for most of the state.

The Harris County judge and the mayor of Austin say it’s not enough. They want stay-at-home orders allowed at the local level to slow the spread of COVID-19.

“We are on a trajectory right now that we could be inundating our intensive care units here within the next week to 10 days. We are watching the numbers on a daily basis. We may have to take more drastic action,” Austin Mayor Steve Adler said. 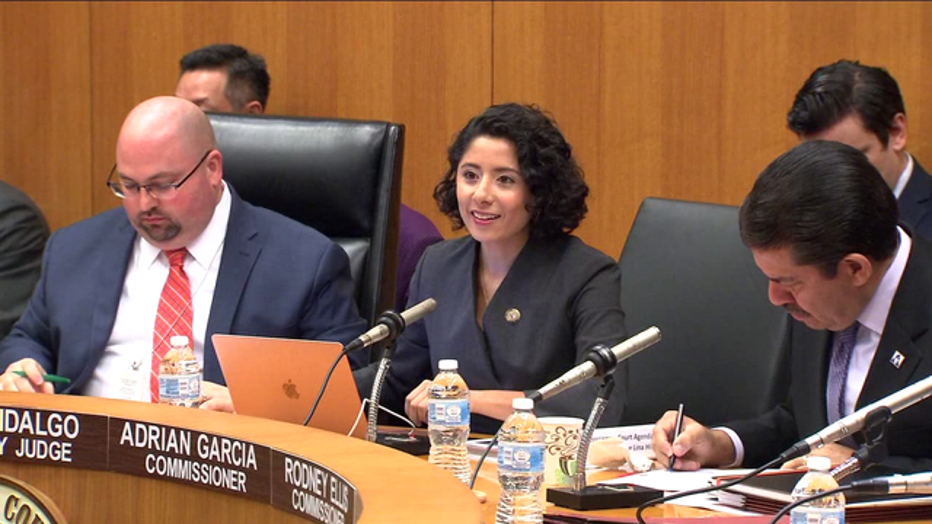 “What we're seeing is that wishful thinking is neither good economic policy or good public health policy. We had initially this increase back in March I had the authority to issue a stay-home order and I did quickly early,” said Harris County Judge Lina Hildago. “Now all I can say is recommend, ask that the community stay home which of course is not as effective and I don't think appropriate at the level of crisis we're facing right now.”

In addition to the mask order that carries a $250 fine, Abbott has paused the state’s phased reopening.

He said closing down he economy again will be his last option.

In the past, he has resisted calls to allow stay-at-home orders at the local level. He said Dallas County Judge Clay Jenkins wanted to force poverty on people when Jenkins made a similar request in late June.

COVID-19 cases across the state have increased at an alarming rate since Memorial Day.

Doctors, city and county leaders in the state’s largest cities are waiting to see if there will be another surge following the July 4th holiday.

Doctors at Cook Children’s urge families to protect themselves

Pediatrician Dr. Ramon Kinloch joins Good Day live from Fort Worth. He and other doctors from Cook Children's are telling families to protect themselves and others.