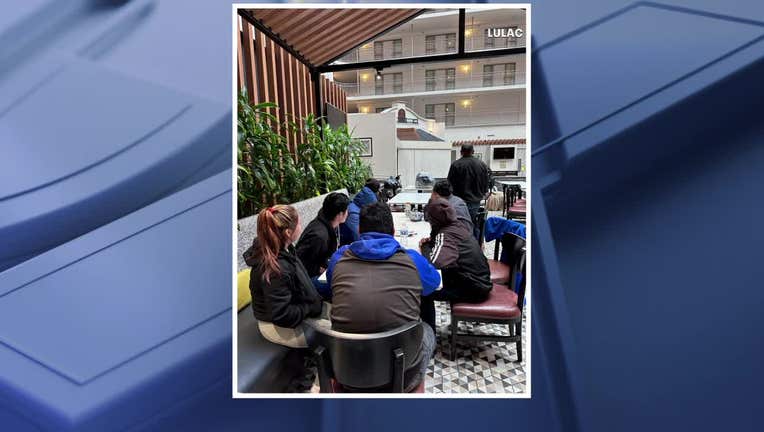 LULAC provided photos from the undisclosed location in Fort Worth.

According to LULAC, the FBI raided a home just before 2 a.m. and found the refugees, stripped naked, handcuffed, and they appeared to have been held hostage.

The 26 refugees appeared to be victims of human smuggling.

They're now receiving assistance and lodging from LULAC.