Midlothian High School Coach Clif White has been through chemotherapy, surgeries and immunotherapy. He's on pain medication and on oxygen full-time. White also continues to lead his team, and he was there Friday as they played Killeen.

Midlothian High School Coach Clif White has been through chemotherapy, surgeries and immunotherapy. He's on pain medication and on oxygen full-time.

White also continues to lead his team, and he was there Friday as they played Killeen.

But among the helmets, shoulder pads and cleats, White brings something different to the sidelines. With his battery-powered rechargeable oxygen pack and his wife, Meagan, by his side, White says he can focus on the job he’s loved for 15 years.

White is a teacher, head coach of the freshman team and an assistant for the varsity. 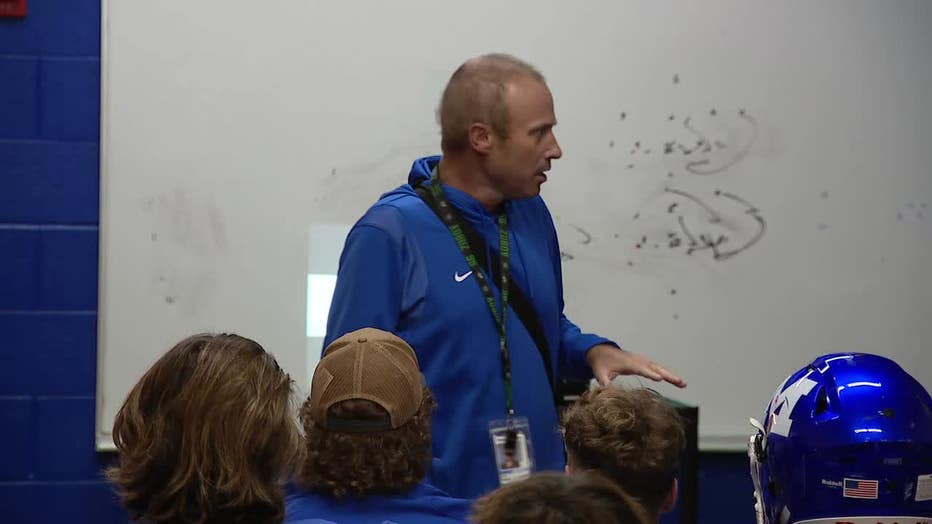 You can’t stop anybody from doing what they love," Meagan said. "Nothing can stop it. Not even cancer."

In May, the 36-year-old coach was diagnosed with urachal cancer, a rare form of cancer that develops when you’re still in the womb.

The couple of 13 years is leaning on faith

They say their insurance was denied by a specialized oncologist in Houston. But their community stepped up, selling T-shirts and bracelets and gathering donations to raise nearly $100,000 for his medical care.

And when three rounds of chemotherapy didn’t seem to work, White stood strong and started a new clinical trial a few weeks ago.

The couple says friends and neighbors also lend a hand from cooking and cleaning to mowing the family’s front lawn.

The love for White is clear from the players to Head Coach Doug Wendel.

"He’s the most loyal coach we’ve had at MHS and a hard worker and just a great spirit," he said.

White is a living, breathing example not to quit when the unexpected lands at your doorstep.

"Bad things happen to everybody here on Earth," Meagan said. "I mean, we have struggles, but he’s proven too many times over and over holding our hand through the hold time."