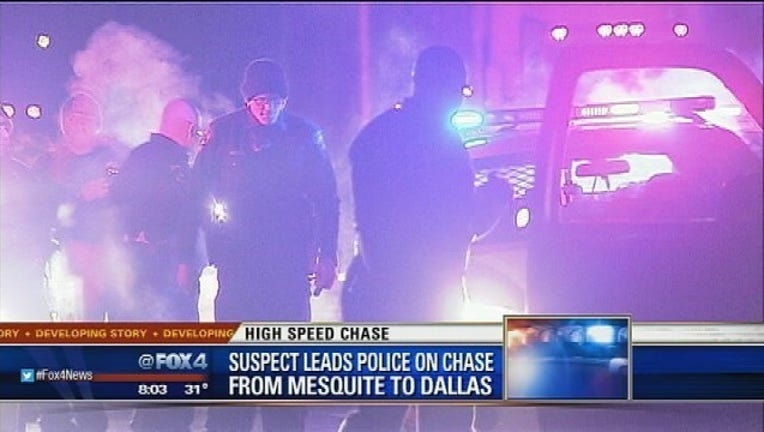 It started around 12:30 a.m. when Mesquite police tried to pull over the driver of an SUV on Highway 80.

Speeds reached 100 miles an hour as the chase went onto I-30 though Dallas, Mesquite police said.

Dallas sheriff's deputies joined the chase as it went north on I-35, then through a construction zone on I-635. Deputies used spike strips at I-635 and Elam to puncture one of the SUV's tires.

The suspect was arrested around 1:30 Saturday morning on 1-20 near St. Augustine, police said.