A heavy metal guitarist who was among the mob that stormed the U.S. Capitol on Jan. 6 is the first rioter to plead guilty.

WASHINGTON (FOX 5 DC) - A heavy metal guitarist who was photographed with the mob that stormed the U.S. Capitol and is accused of spraying police officers with a pepper-based bear spray irritant entered a plea deal Friday in federal court.

Jon Ryan Schaffer's plea on two felony counts was accepted by the D.C. federal judge. He was allowed to be released prior to sentencing, according to officials. 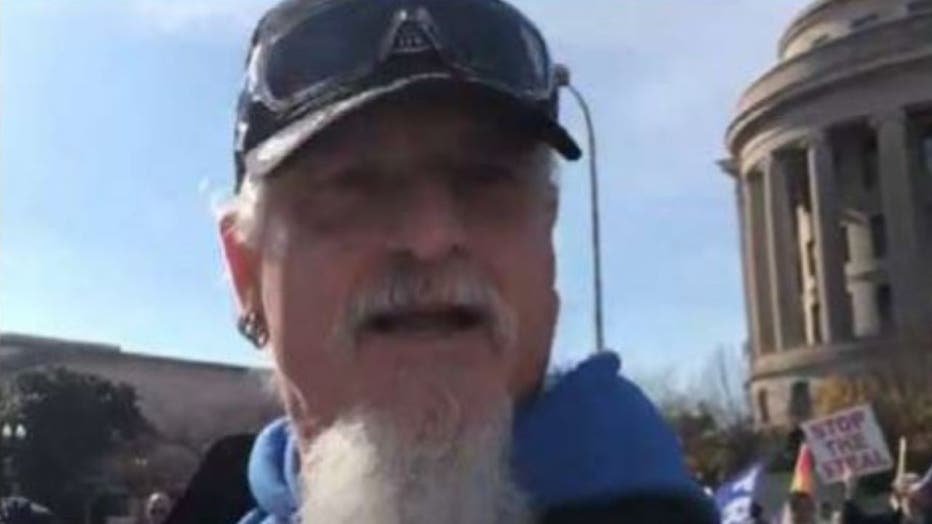 Schaffer, a central Indiana native who is a member of the band "Iced Earth." The was formed in Tampa, Florida, in the 1980s, according to its website.

Schaffer had been sought after, according to a federal statement about his case, he was seen in photographs and on video "engaging in verbal altercations with Capitol Police inside the Capitol building" and holding a container of bear spray that’s sold by outdoor retailers.

The defense noted that Schaffer self-surrended and is the first to plead guilty.

No timeline on when the US Capitol fence will come down

More than five weeks after the U.S. Capitol riot, the fence topped with razor wire creating a three-mile perimeter around the Capitol grounds is still in place and Capitol Police said Thursday there was no timeline to take it down.

Part of the plea deal includes Schaffer agreeing to give testimony and witness interviews and the Justice Department moving to sponsor him for the witness security program.

At Schaffer's sentencing hearing, which has yet to be scheduled, the judge will consider federal sentencing guidelines 41 months to 51 months in prison and 15 to 150,000 thousands dollars fine, plus restitituion.