PAWTUCKET, R.I. - Hasbo released a new version of its classic Monopoly board game that aims to celebrate female entrepreneurs and address the gender pay gap by paying women more than men.

The new game, called Ms. Monoply, replaces properties with “groundbreaking inventions and innovations” by women throughout history, according to Hasbro’s release statement. Instead of building houses, players build business headquarters.

“From inventions like WiFi to chocolate chip cookies, solar heating and modern shapewear, Ms. Monopoly celebrates everything from scientific advancements to everyday accessories – all created by women,” the company said.

While Mr. Monopoly is a real-estate mogul, his niece, Ms. Monopoly, is a “self-made investment guru,” Hasbro states in the game description.

Dubbed “the first game where women make more than men,” female players of Ms. Monopoly get a higher payout at the start of the game and more money when passing Go — which the company calls “a fun spin in the game that creates a world where women have an advantage often enjoyed by men.” 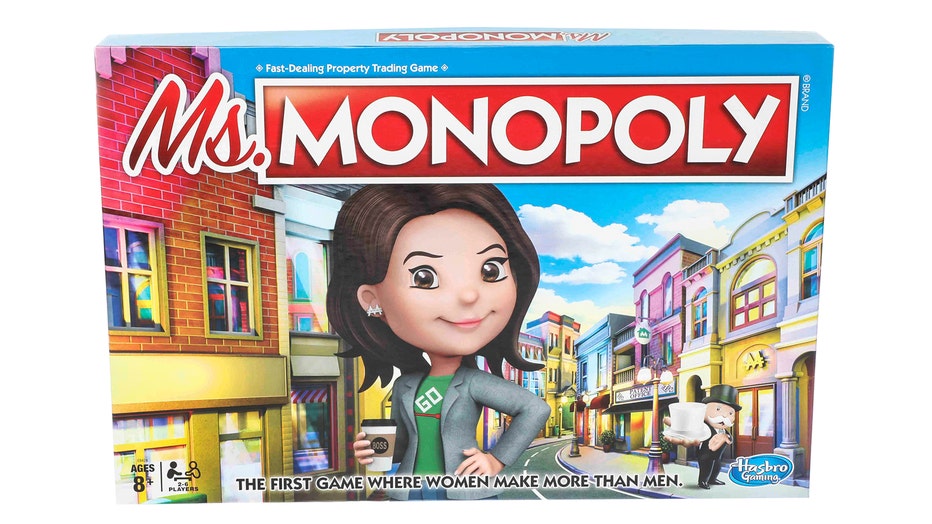 Instead of building houses, players of Ms. Monopoly build business headquarters related to the advancements of women throughout history. (Photo credit: Hasbro)

“However, if men play their cards right, they can make more money too,” Hasbro stated in its release.

Other updates from the traditional Monopoly game include chances to zoom ahead on the board via ride-sharing, purchasing utilities such as solar heating, and new game tokens that represent Ms. Monopoly: A notebook and pen, jet, glass, watch, barbell and Ms. Monopoly's white hat.

Along with the debut of the new game, Hasbro surprised multiple young female inventors and entrepreneurs with approximately $20,580 in real money “to fuel their inventive spirit and further their projects” — the same amount of Monopoly money featured in the game.

Ms. Monopoly is listed on Walmart’s website for $19.99 and will be available nationwide beginning this month. It’s rated for ages 8 and up.