A Haltom City employee whose home was damaged during storms that impacted Tarrant County on Father's Day is getting much-needed help.

The severe weather tore up Dava Stevenson's roof. A tree fell onto her home. One of her friends is a police captain with Haltom City. When he heard about her struggle to pay for repairs, he and others decided to pitch in.

The last six weeks have not been easy for Stevenson. As she was taking a cake for her husband out of the oven, she heard both a large snap outside and the sound of her husband falling to the ground.

“He was standing right inside the front door when the tree came down,” she recalled. “So it actually hit him in the head, and he had a little spot on the back of his head.”

The couple rushed inside of the house and out to the backyard only to find the large tree outside had taken down the power pole when it fell.

Firefighters rescued the couple, and that’s when they finally saw the large tree on top of their home. Stevenson says her insurance will only cover part of the damage, leaving the couple with $25,000 in uncovered repairs.

“That’s one of the reasons I became a police officer 30 years ago was to help people,” he said.

Holt rounded up volunteers from Haltom City Fire and PD along with public works. They all headed to Oakwood Street on Saturday to clear debris from Stevenson’s home and others nearby.

“We’re going to try to do what we can to help whoever we can,” Holt said.

Stevenson says her husband has been battling cancer and undergoing chemotherapy while they’ve bounced between temporary housing. The help from her community has been just the relief her family needed.

“Understand how much I appreciate it,” she said. “Words don’t even compare with the feelings I have right now.” 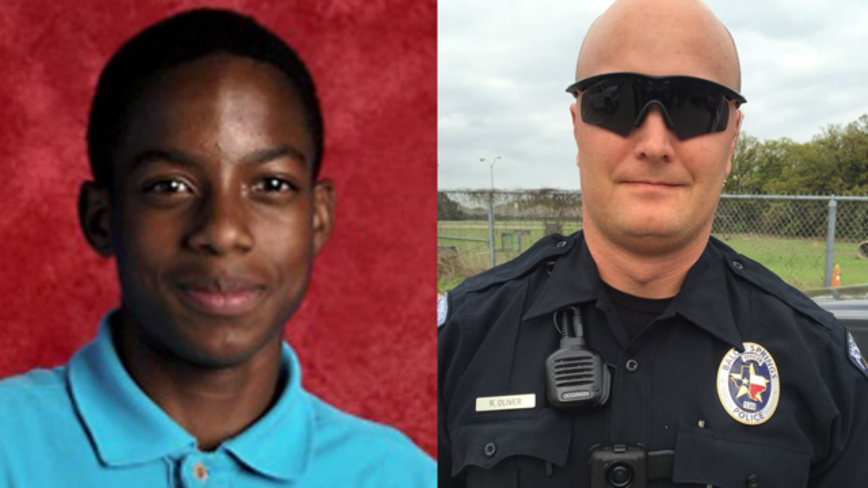