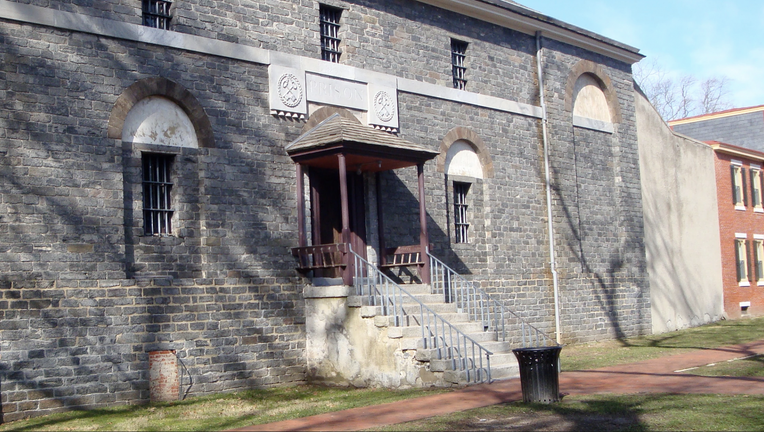 MOUNT HOLLY, N.J. - (FOX NEWS) -- Finding the perfect location for a wedding can be challenging. Many brides dream of lavish occasions like ritzy hotels or traditional castles, while others opt for more intimate experiences like outdoor gardens or rooftop nuptials.

Few would select a prison — and a "haunted" prison, at that — to celebrate their forever vows. But that's exactly where Teresa Deleski, 23, and Gabriel Peguero, 27, plan to say, “I do.”

On Halloween, the couple will wed at one of New Jersey’s most "haunted" facilities: Burlington County Prison.

“The Michael Myers movie is my favorite movie of all time,” said Teresa Deleski when asked how she felt about Halloween.

Deleski explained she loves everything about the holiday, from the gory horror movies to the playful costumes. She even shared that she is, in fact, a tad superstitious. So when her fiancé asked her to get married on October 31st, she didn’t think twice.

“That decision was simple,” said Deleski. “One day we were riding in the car and Gab asked me how I felt about Halloween as a date, and I said ‘I love it.’ And now — boom — we are getting married on Halloween.”

Deleski says the real planning began when trying to select a venue.

“We had to call around a bit, but then we found it. Burlington County was offering free ceremonies on Halloween at the historic county prison,” said Deleski. 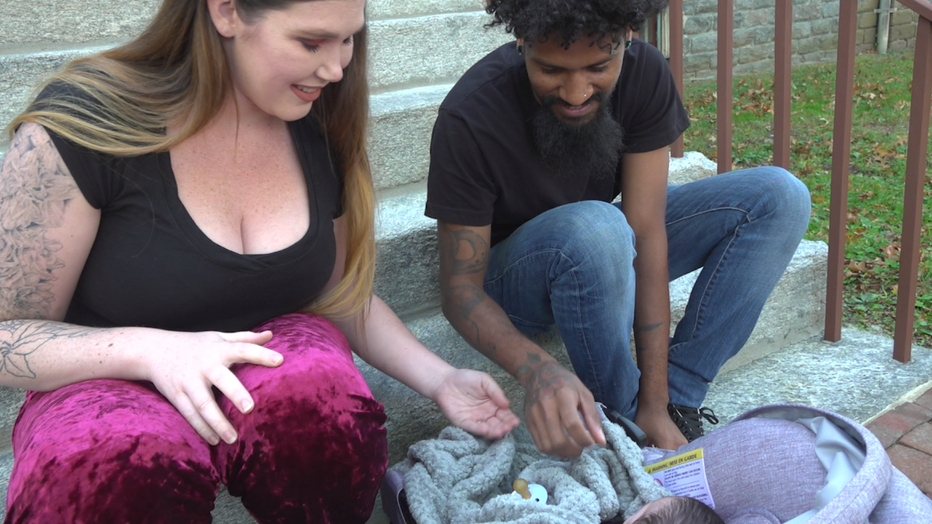 The notorious prison was in use for more than 150 years between 1811 and 1965, and housed thousands of criminals, some of whom were condemned to the dungeons for their heinous crimes. Many others forced to live out their days crammed four to a cell.

The site is also rumored to be haunted after several botched executions.

“We know that at least three if not more prisoners were buried in unmarked graves in the prison courtyards,” said Eric Orange, the Burlington County historian.

“It's medieval, not haunted,” said Orange. “Made out of concrete. And the only thing in here that can catch on fire would be the stairs — they're made of wood. And, of course, the prisoners.”

Even still, many locals claim to have heard paranormal stories about the facility, and others won’t even set foot inside. According to the Burlington County Prison Museum, spirit sightings were first reported in 1833. A paranormal team finally investigated the building in the 1990s, after workers renovating the building reported their tools being locked in jail cells by apparitions.

But for Teresa and Gab, the venue was spooktacular. The county clerk loves the idea, too.

“Halloween is one of my favorite holidays, so why not wed on a festive day?” said County Clerk Joanne Schwartz, who will marry the brave couple. “Forevermore you will be able to celebrate your wedding anniversary on this wonderful, fun, fall holiday.” 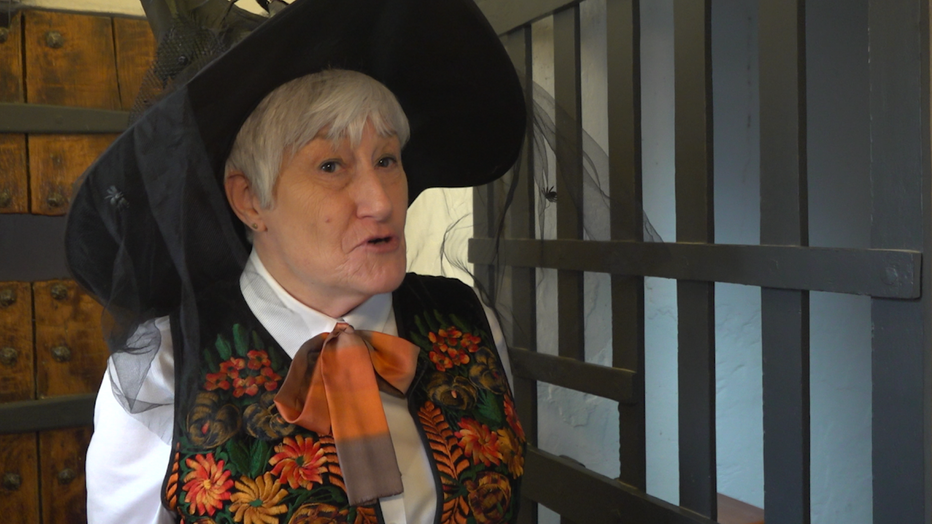 Schwartz, who became the clerk last year, said taking weddings outside of the courthouse is a tradition passed down to her by former clerk Tim Tyler, who also used local parks and landmarks to officiate weddings. Tyler also offered prison weddings, but never got any takers the first time he offered.

“The idea behind this is to make it as nice as possible for the people getting married, and at the same time, we want to use the wonderful assets this county has,” Schwartz said. “By moving these weddings around, we can showcase the county’s venues.”

And while other brides are out finding the perfect white, puffy dresses for their wedding, Teresa has opted for a more subtle lace ensemble.

“We want all of our guests to wear masks,” said Deleski. “The theme is a Halloween Masquerade."

“I’ve always liked things that are different, that people don't usually like lean towards,” added Peguero, who explained that a traditional wedding just wouldn’t suit the couple’s less-than-traditional traditional story. The two met at work and, within the year, they purchased a home together, celebrated the arrival of their son, and are now preparing to wed.

“Some may say our love story is rushed," Deleski said, "but I just don’t think there is a timeframe on love.”