The gunman who died in a shootout with Duncanville police at a youth summer camp has been identified as 42-year-old Brandon Ned.

Police say 42-year-old Brandon Ned of Dallas walked into the Duncanville Fieldhouse with a handgun on Monday. He exchanged words with a staff member in the lobby and then fired a shot.

Police arrived within two minutes of the first 911 call and ended up exchanging gunfire with the gunman. He was hit and pronounced dead at the hospital.

William Burse was washing his car nearby on Monday when he heard the gunshots. He ran over to see if he could help. Duncanville police officers were already on scene. He encountered two scared camp counselors.

"My heart was beating so fast. Two young ladies thought I had something in my hand. Unfortunately, I didn't. I was trying to come help and stuff," he recalled. "The staff handled them very well. Got them safe on the bus and everything."

Ned is no stranger to law enforcement. He has a mugshot from a 2011 conviction for intoxication manslaughter. He was also convicted for cocaine possession. 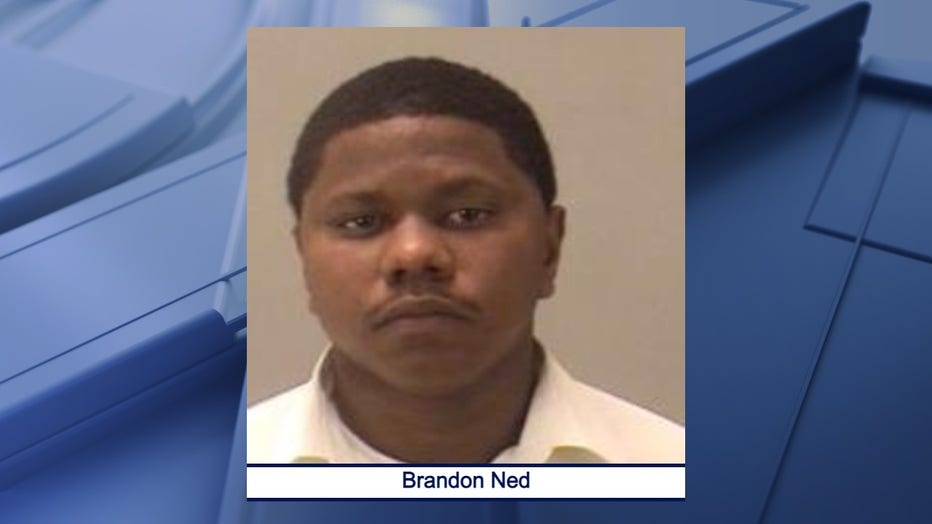 A motive for the shooting remains unclear along with the question of how Ned obtained the handgun.

According to Duncanville police, approximately 150 kids and staff were inside the fieldhouse at the time of the deadly encounter.

"I got here. Briefly spoke with him. He said the kids were okay. They went into active protective mode," she recalled.

Pearson says her brother was relieved no one was hurt.

The campers and counselors hid inside locked classrooms, which prevented Ned from getting inside.

Detectives say Ned tried to access a classroom but couldn't get in. He shot through the door, but no one was hit by the bullet.

"Staff and kids were fine. They were securing the premises," she said.

Diana Vasquez says she’s struggling to relive the tense few minutes trapped inside the fieldhouse. She and her 11-year-old twin boys were standing just feet from Ned while the summer camp was underway.

Diana Vasquez says she’s struggling to relive the tense few minutes trapped inside the fieldhouse. She and her 11-year-old twin boys were standing just feet from Ned while the summer camp was underway.

Vasquez was at the front counter paying for her boys’ lunches.

"To be honest with you, he didn’t pose a threat when he walked in," she said. "I thought he was another parent. I didn’t think anything of it."

However, Vasquez says Ned started to attract attention, lighting a cigarette and asking people if they needed food or water. That’s when she remembers one coach ask if Ned needed help.

"He said he was waiting on a lady or looking for a lady or something," she said.

Vasquez heard a second coach walk up and ask Ned to smoke outside.

"The guy grabbed something and then coach said, ‘You have a weapon on you?’ And he said, ‘Yeah, you want to see?’ And pulled out the gun and turned on a laser beam and aimed it at the coach," she recalled.

Vasquez grabbed her boys, dialed 911 and ducked into a nearby room.

"Once they got back there and before they closed it, that was the first gunshot," she said.

Vasquez heard the exchange of gunfire, holding her boys.

"I lost my brother to gun violence four years ago," she said. "And I didn’t want my mom to get that call again, you know? Especially about her daughter and her grandkids."

FOX 4 confirmed Dallas ATF is assisting the Texas Rangers to trace how the handgun ended up in Ned’s hands and whether it’s been used in other crimes.

And as a convicted felon, it would be illegal for Ned to have a gun.

Ned’s address, according to public records, is less than five miles from the fieldhouse. FOX 4 visited his home Tuesday afternoon. A woman answered the door, said no comment and asked us to leave.

Vasquez says it was difficult to drop of one of her boys at camp Tuesday. Her other twin wasn’t ready. For now, he’s too scared to go back.

"You are grateful for their lives and that they are still here," she said.

The summer camp at the fieldhouse remains closed.

Grief counselors are being made available to anyone who needs to talk.