Grapevine-Colleyville ISD: Teen with gun got into Grapevine HS through propped-open door

Police say the teen who snuck into Grapevine High School was the same one who posed for a picture with a loaded gun on campus. The district says someone propped open one of the doors to the cafeteria to let him inside.

GRAPEVINE, Texas - Grapevine-Colleyville ISD sent a letter to parents explaining how a teen who was not a student got inside a school last week.

Police say the teen who snuck into Grapevine High School was the same one who posed for a picture with a loaded gun on campus. The district says someone propped open one of the doors to the cafeteria to let him inside.

Grapevine-Colleyville ISD says security footage shows the 17-year-old pictured with the weapon on Snapchat got into the school through a door to the cafeteria. The door had been left propped open earlier by students.

The district is now reminding everyone on campus to keep a closer key on the doors around them.

Tavian Price and Christopher Bishop, both 17, are among four teens arrested on Friday after police say Price had a loaded handgun in the Grapevine High School cafeteria.

Police say a student alerted administrators after seeing this picture of Price, who is not a student, on social media. 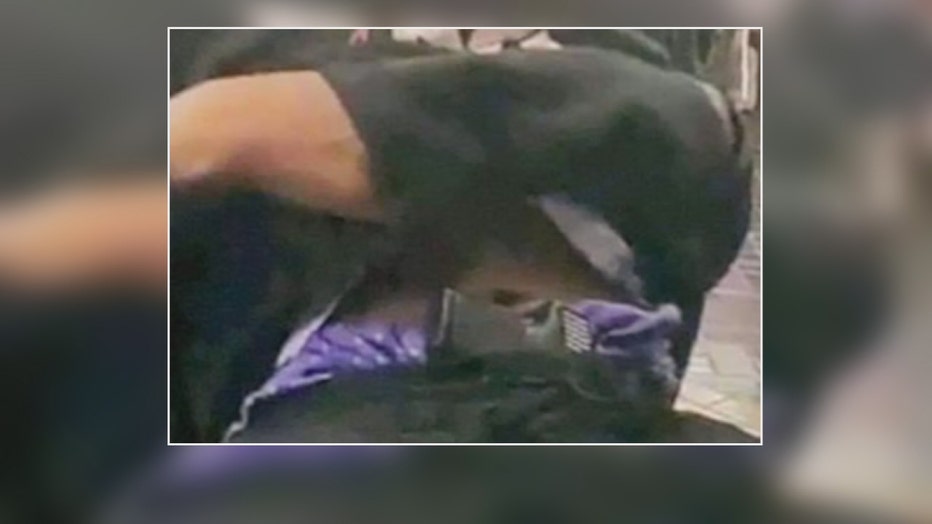 Nearly 2,000 students and staff were on lockdown during the investigation. No shots were fired, and no one was injured. The district says Bishop and two unnamed juveniles are students.

Grapevine-Colleyville ISD says it discovered that Price entered the school through a cafeteria door left propped open with an outdoor rug by students during the lunch hour.

“We are currently investigating as to why that didn’t alert our security sensors on the doors to let staff know that the door was propped open,” said district spokesperson Kristin Snively.

The district says the students who propped the door were not connected to Price or the other teens. Snively says security footage shows Price attempting to enter campus through another set of doors before entering through the cafeteria.

Paul Chellgren’s stepson is a sophomore.

Police and the district say no direct threat was made.

Price faces five charges including criminal trespass, terroristic threat and theft of a firearm, which is a felony.

Bishop faces two charges of terroristic threat and possession of a controlled substance. 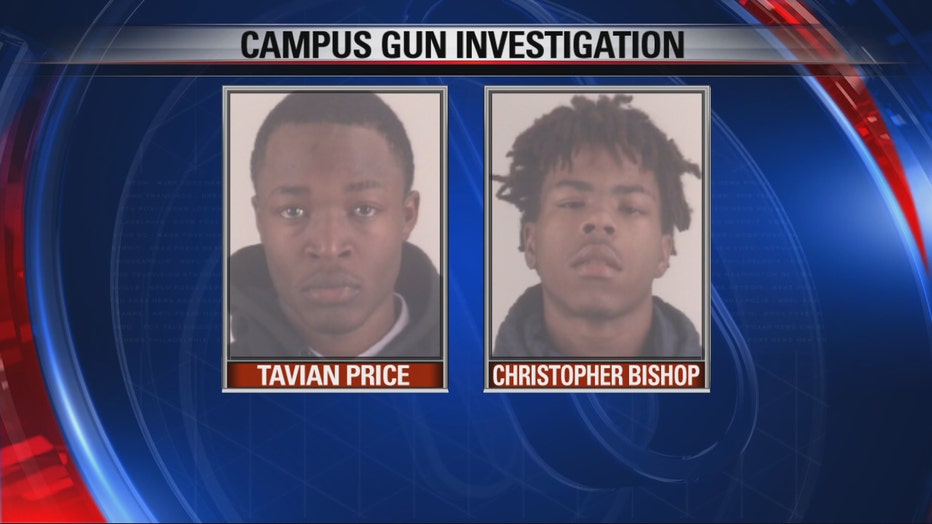 “What was the kid doing? He didn't really seem to be looking for trouble,” Chellgren said. “I mean he didn't threaten anybody. He just wanted to put on a show.”

While this was a serious security breach, Grapevine-Colleyville ISD says it needs more time and information before considering any security changes.

“I think at the moment it would be premature to say that we’re going to change any policies as a result of Friday,” Snively said. “I can say that we are continuing to review our policies and procedures we have in place as we do after any incident that takes place across the district.”

As part of a 2016 bond package, the district says they did upgrade their security cameras.

District leaders have already begun the after-action review process. That includes a discussion between police, students and administrators about how the incident was handled and whether or not anything can be improved in the future.