A Grand Prairie ISD teacher won what is known as the equivalent of an Oscar award in education, and the award also comes with a nice cash prize.

GRAND PRAIRIE, Texas - A Grand Prairie ISD teacher won what is known as the equivalent of an Oscar award in education, and the award also comes with a nice cash prize.

"I’m joined today by somebody who equally believes in the future of Texas and the future of this country, that it runs through teachers in the classroom," Morath said.

Lowell Milken is founder of a prestigious network that recognizes educators because of their impact in the classroom.

"The recipient of this award receives a financial prize of this. Yes, yes, $25,000," Milken said before surprising the winning teacher.

That was before the big reveal that 9th grade algebra teacher Emily Dickerson won the Milken Educator Award. 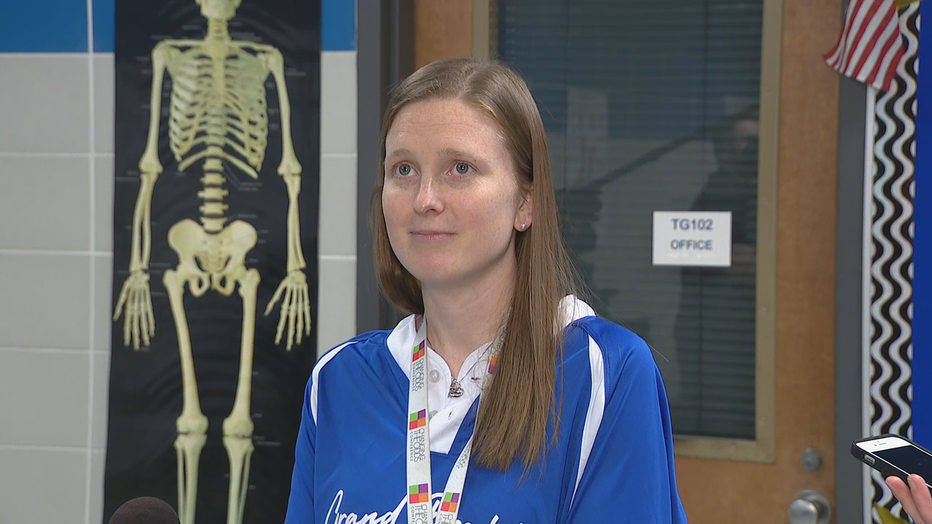 Dickerson was noticeably shaken. She got to share the news with her husband shortly after.

"I think my heart dropped," she said. "There are a lot of teachers here who are incredibly worthy."

Dickerson also shared some of what fuels her passion as a teacher.

"I think that most students would tell you that I care about who they are as individuals, and I care about their personal growth, and I care that they’re empowered to advocate for themselves. So that’s why I teach," she said.