Granbury couple vacationing in Florida evacuates ahead of storm

A North Texas couple was less than one month into their four-month stay at their Florida vacation home when they decided to evacuate. That home may end up right in Hurricane Ian's path.

GRANBURY, Texas - A North Texas couple was less than one month into their four-month stay at their Florida vacation home when they decided to evacuate. That home may end up right in Hurricane Ian's path.

The storm shifted a bit on Tuesday, and it’s now forecasted to hit right where this couple was staying.

The two landed here at DFW International Airport late Monday night after getting the last two seats on a plane out of Ft. Myers. 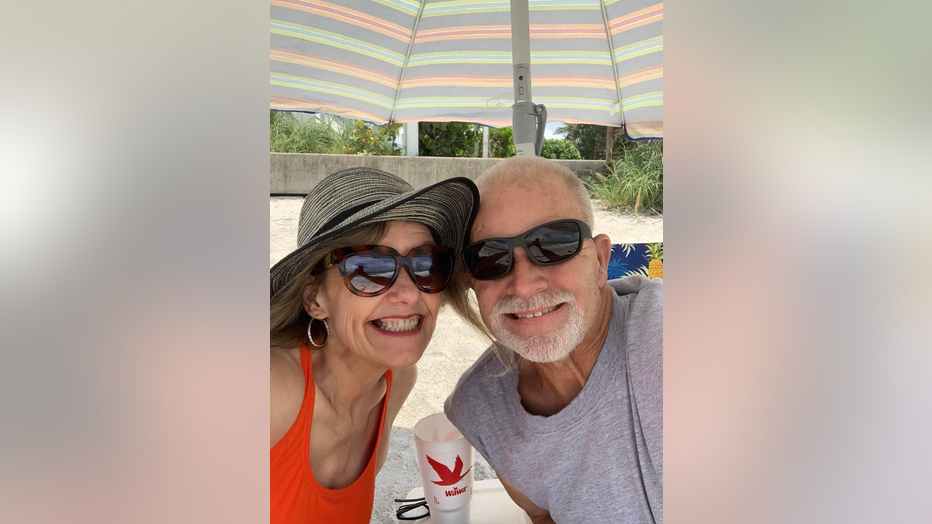 The couple is now semi-retired. They left the first week of September for a four-month stay two blocks from the beach.

But Tuesday, they are already back in North Texas with Ian heading dangerously close to their home away from home.

"Which way do we go? I was about to panic," Bonnie said.

The original plan was to head east, but hotels were filling up.

"Let’s start looking at flights and see if we have a shot at getting out," Larry said.

The Vests were some of the last to make a flight out of Ft. Myers.

"We didn’t want to chance it. We left everything behind," Larry said.

And while Larry and Bonnie decided to get out while they could.

Their daughter, Courtney, and her husband decided to remain in nearby Sarasota, one of the cities in danger of being impacted by the worst of the storm.

"She is getting nervous. Her husband thinks it will be ok," Bonnie said.

Now, the two are glued to their TV and phones for updates, hoping their family stays safe and their second home is spared.

"Touch and go for a lot of people. We just hope everybody is safe and okay," Lori said.

The Vests say the biggest deciding factor to leave was being so close to the water. They were planning on leaving no matter what, possibly driving up to Georgia. Thankfully, they got a flight.