According to produce suppliers, the extended security searches at the border have cost millions in spoiled produce.

According to produce suppliers, the extended security searches at the border have cost millions in spoiled produce.

That cost will likely trickle down to the grocery store and consumers.

The CEO of the Texas International Produce Association said people can expect the ramifications from this stall to last for several weeks.

First, produce may be limited, then gone all together at some retailers.

Prices for some of people’s favorite goods will likely go up in the short term.

It will take some time for the massive bottleneck of commercial trucks to make their way through checkpoints at the southern border of Texas.

Many of the trucks sat idle for hours over the last nine days due to "enhanced security screenings" by DPS troopers, which was ordered by Texas Governor Greg Abbott.

As of Friday afternoon, that order has been lifted. 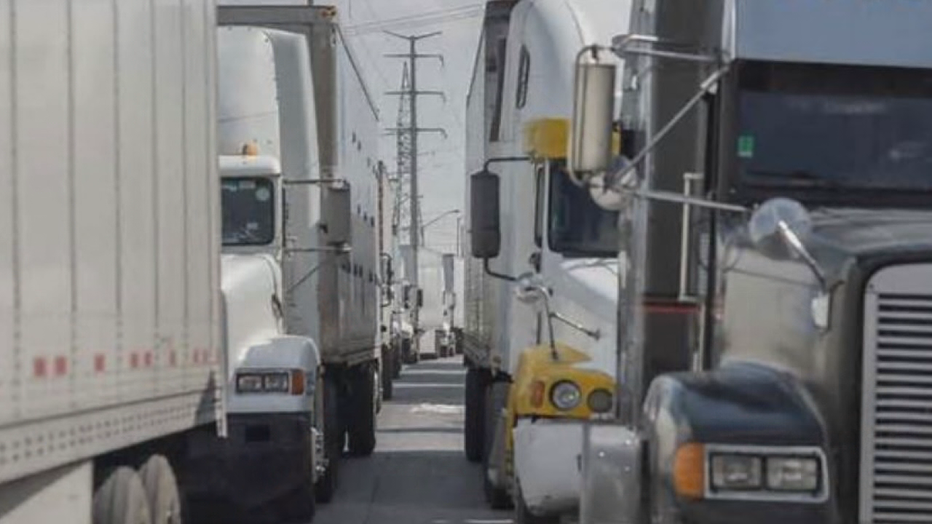 "It's going to take trucking and drivers to try to unclog what has been a week of anxiety and delays through the weekend and into next week, I'm sure," said John Esparza, who is the president and CEO of the Texas Trucking Association.

He's relieved the order has been lifted, but said a lot of the damage has been done.

"Trucks, today, in the state of Texas, we are responsible exclusively for almost 90% of all goods that come into a city," EsparzFa said.

That includes auto parts needed for new cars and repair shops, and fresh produce ordered by grocery stores and markets.

"It has been nothing short of disastrous," said Dante Galeazzi, who is president and CEO of the Texas International Produce Association.

He said, on average, Texas imports 1.2 billion pounds of fresh produce from Mexico.

He said a lot of that produce rotted on trucks sitting idle over the last nine days.

"We're going to feel it at our grocery stores, on our restaurants, schools, hospitals, so forth," he explained. "They're going to be the first ones that are not going to have certain items things, like avocados, limes, mangoes, tomatoes, cucumbers."

"Inflation and supply-chain problems that we already had in Texas, we already had across the country, made worse here by our governor," O’Rourke said.

Those affected just want to get back to business.

"Fresh produce was used as a bargaining chip, as was the rest of international trade," Galeazzi said. "And so we just encourage our elected officials to consider the ramifications of these types of actions in the future."

Galeazzi said all of the produce that was lost was not insured because it had not yet crossed over the border into Texas.

That means grocery stores and wholesales lost millions of dollars.

Hourly workers who didn't have produce to sort also missed out on some money.