Governor Greg Abbott revealed how prepared Texas would have been to handle a surge of asylum seekers and illegal immigrants if a border policy was lifted on Monday as President Joe Biden wanted.

DALLAS - Governor Greg Abbott revealed how prepared Texas would have been to handle a surge of asylum seekers and illegal immigrants if a border policy was lifted on Monday as President Joe Biden wanted.

A legal challenge keeps Title 42 in place for now.

The Department of Homeland Security predicted a surge at the border if Title 42 had been lifted.

Monday, Gov. Abbott touted his plan to stop border crossings, saying he still hasn't heard from the president or vice president about the border issue.

Title 42, the Trump-era border policy, would have been lifted Monday by the Biden administration. But last week, a federal judge ruled in a lawsuit from more than 20 states that it remain in effect.

The policy allows the U.S. to immediately deport asylum seekers without first hearing their case because of pandemic concerns. The Department of Justice says it intends to appeal.

The Department of Homeland Security predicts a surge of up to 18,000 asylum seekers a day at the southern border if Title 42 is repealed.

According to border patrol statistics, most illegal immigrants and asylum seekers still try to cross in the Rio Grande Valley and South Texas, followed by Yuma, Arizona and then Southern California. 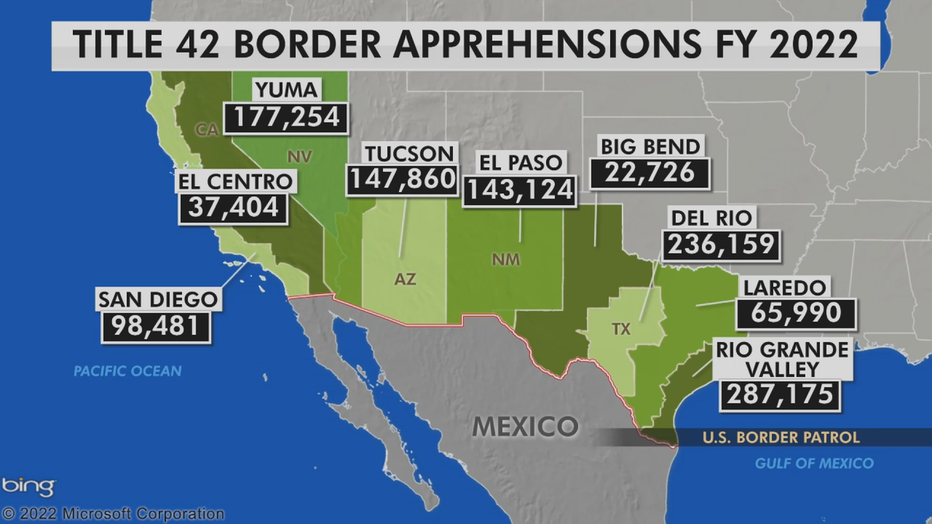 The National Border Patrol Council says they are seeing 7,000 apprehensions a day.

"The good news is the court very correctly ruled that Title 42 should not be lifted, which is a good thing but a temporary result," Abbott said.

DHS argued Title 42 was not meant to be used as an immigration tool.

Monday, the governor toured the border in Eagle Pass.

"Operation Lone Star has now seized almost enough fentanyl to kill every man woman and child in the United States," he claimed.

According to the Washington Post, Treasury Secretary Janet Yellin is currently investigating to determine if COVID relief funds the state received have been misused for the operation after some Congressional Democrats requested the investigation.

Had Title 42 been lifted, FOX 4 News has learned the Texas National Guard had a C-130 ready in Fort Worth.

"It’s in alert status that was in preparation for Title 42 to be dropped. That did not occur," explained Adjutant General Thomas Suelzer with the National Guard. "The purpose there would be to pick of the contingency response troops in response to any civil disturbance."

Gov. Abbott says Texas will continue to bus asylum seekers who volunteer to be dropped off in Washington, D.C. So far, 45 buses have gone, but he did not say how many asylum seekers were transported.

The governor is also focusing on adding more razor wire along the border as a deterrent to those trying to cross. 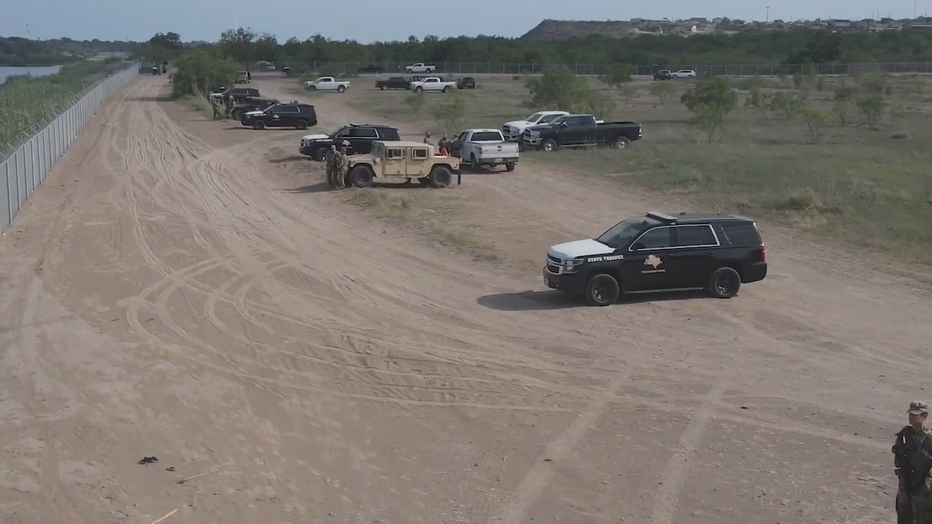 The governor claims with the added help by Texas guardsmen and troopers, the drug cartels are shifting some of their operation to other border stations.

"One thing we have found with the implementation of Operation Lone Star it has shifted activity to New Mexico, Arizona and California," he claimed.

The head of the Texas National Guard says they have two plans in place if the C-130 in Fort Worth is needed.

As of now with Title 42 in place, there will not be any heightened response from Texas.