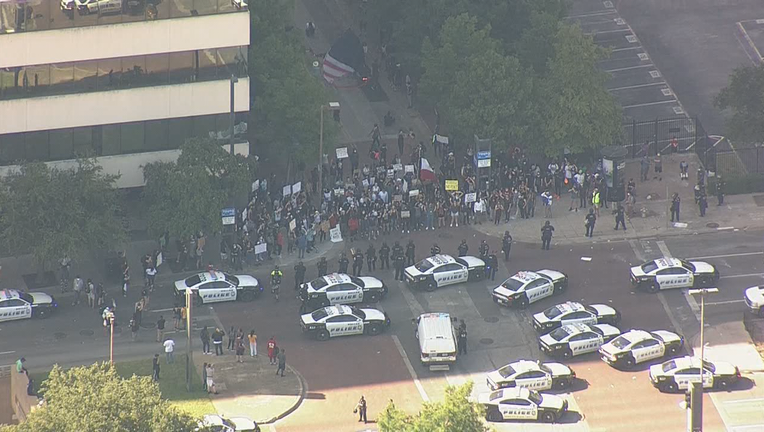 Texas Governor Greg Abbott declared a State of Disaster for all Texas counties Sunday in response to the George Floyd protests across the state.

This declaration allows federal agents to act as Texas peace officers in order to “help protect people’s safety while ensuring that peaceful protesters can continue to make their voices heard."

This comes a day after Gov. Abbott activated the Texas National Guard and announced he was deploying state resources to Dallas, Austin, Houston, and San Antonio to maintain public safety following the protests.

"Every Texan and every American has the right to protest and I encourage all Texans to exercise their First Amendment rights," said Gov. Abbott said in a statement.  "However, violence against others and the destruction of property is unacceptable and counterproductive. As protests have turned violent in various areas across the state, it is crucial that we maintain order, uphold public safety, and protect against property damage or loss.”