One would be for the state to be able to withhold tax revenue dollars from cities who choose to "defund" their police departments.

The other is tied to bail reform, and what he referred to as a revolving door.

With state lawmakers preparing to return to work next week, Gov. Abbott reinforced his hard line on police budgets.

"This session, Texas must pass laws that give cities a clear choice. Either fulfill their duty to keep their residents safe, or lose access to all of their tax revenue," he said. 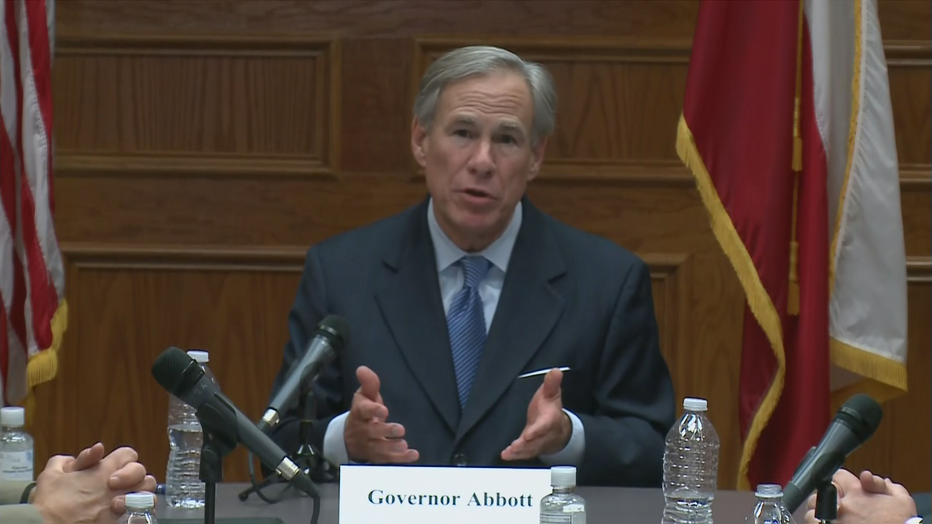 Abbott has repeatedly criticized what he calls "defunding" police departments. He specifically called out the city of Austin.

Abbott also criticized the Dallas County district attorney, who has said he will not prosecute certain low-level crimes, including theft.

"If they steal something for $750 or less, they are going to be set free. That sets a standard and sends a message to the community that some crimes are not going to be prosecuted and that promotes other people to engage in crimes," Abbott said.

And along that line, Gov. Abbott also wants lawmakers to tackle bail reform in order to keep repeat offenders from going free.

"Among the ideas is expanding criteria judges must consider when setting bail," he explained.

Another idea is a uniform court management system that tracks a person's full criminal history.

House Democrats have their own list of priorities related to police reform. One includes funding for additional training.

"The reality is we know we have some issues related to policing," said Carla Brailey, who is the vice chair of the Texas Democratic Party.

She said calls to defund the police has been taken out of context, and believes lawmakers on both sides can come to a solution.

"I think the reality is we want to create safety and security for our police, as well as our civilians," she explained. "I think anytime you have more training, I think both parties benefit from that, so I think there's some commonality. I think, at the end of the day, we can't play politics with people's lives."