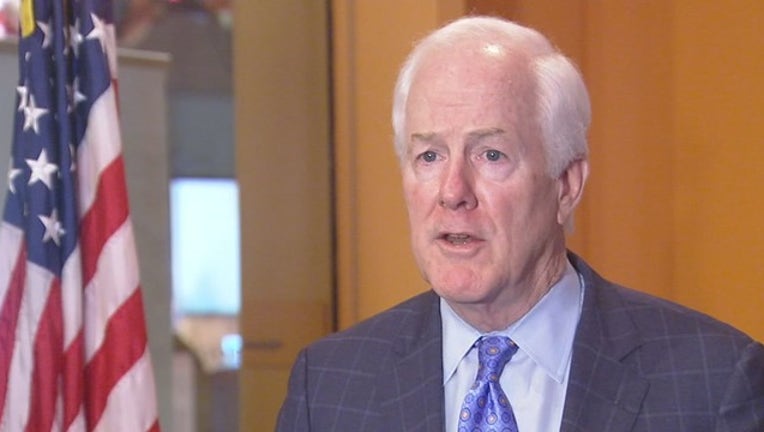 AUSTIN, Texas (AP) - Republican Sen. John Cornyn of Texas says he's now sitting on $9 million for his re-election bid that's likely to be among the closest-watched Senate races of 2020.

Cornyn announced Monday he raised more than $2.5 million during the latest fundraising quarter. Air Force veteran MJ Hegar, the most high-profile Democrat challenging Cornyn so far, says she raised more than $1 million since jumping in the race in April.

Texas had the most expensive U.S. Senate race in the country last year. Former Rep. Beto O'Rourke raised more than $80 million in his failed run against GOP incumbent Ted Cruz.

The field of Democratic challengers against Cornyn could still grow. Among those mulling a run is state Sen. Royce West of Dallas, who's expected to decide this month.