The Glenn Heights city manager said they have room in the budget to provide about 50 city employees extra money during this unprecedented time.

That makes the city, located south of Dallas, one of only a handful to do so.

The Glenn Heights city manager said they have room in the budget to provide about 50 city employees extra money during this unprecedented time.

The coronavirus pandemic has forced some to work at home, while others are not working at all.

And then there are those on the front lines, including police officers, firefighters, and public works employees. 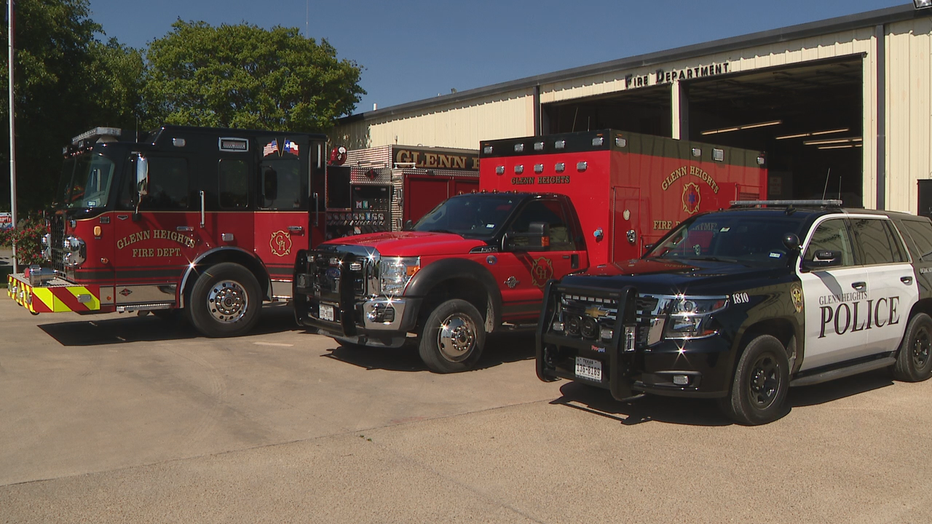 First responders, like Sgt. Lucas Benson, are dealing with this pandemic much like their colleagues across the rest of the country.

“When we get home, we're literally dropping our uniforms in the garage and then going straight to the shower,” he explained. “So there's been changes there and there's that worry that if I get infected, that I'll have to go into self-quarantine on another site and not see my family for two weeks.”

The city of Glenn Heights is recognizing the danger those workers face by giving them hazard pay.

“It’s really causing some undo stress on first responders and this was a way the city could say we have your back and understand the stress you are going through and the financial strain it’s causing and we are here to help and support you,” Glenn Heights Fire Chief Keith Moore said.

Employees will get an extra $2 an hour on top of their regular pay.

How will the city pay for it?

While many cities, like Dallas, are seeing a huge drop in sales tax revenue during the pandemic, Glenn Heights is less reliant on sales tax for their budget.

“This is one of those rare instances where it pays to be the little guy. We are a small community of 16,000 people, a bedroom community. Most cities have a diversified revenue stream, we don't. We have a couple of streams that are significant for us,” Glenn Heights City Manager​ David Hall explained. “In this instance, oddly enough, we are probably less impacted because we are less reliant on those streams.”

Hall said the city has enough hazard pay funding for about six months, adding that additional money from canceled events and unfilled positions put on hold with also help.

The increased pay will continue as long as the local disaster declaration in the city remains in effect.

The city of Glenn Heights will offer its first responders hazard pay.

As of Wednesday, only 11 people in the small city have tested positive for COVID-19.

“We recognize it could ultimately have an impact on us, and as a senior staff, we were still all willing to make sacrifices if it came to it because we felt this was the right thing,” Hall said.

Employees will get back pay for the week of March 12 as well.

That’s when the mayor initially made a disaster declaration.