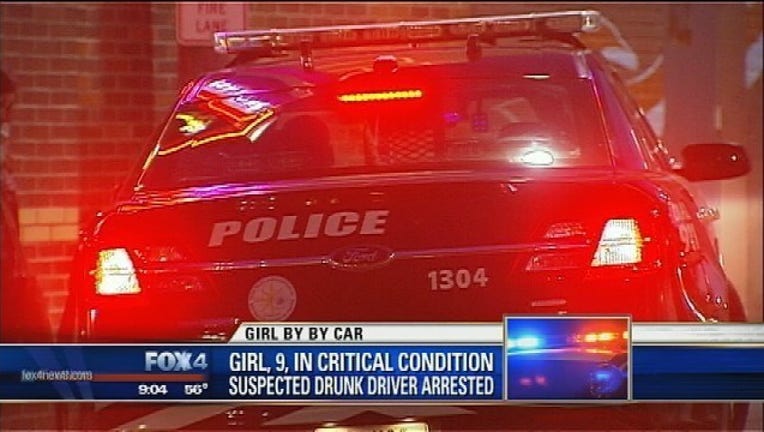 A 9-year-old girl is in critical condition after McKinney police say a suspected drunk driver hit her.

Police say she was struck in a crosswalk on East Louisiana Street in Downtown McKinney just after 12:00 p.m.

The girl was flown to Children's Hospital in Dallas.

The driver, William Weir, 54, is charged with intoxication assault.

A nearby business owner says somebody standing in front of his window yelled out that a girl was hit by a vehicle.

"She was on the ground and either her mother or sister, somebody was there just crying. It wasn't bloody or anything but you can tell she got hurt pretty bad," said Aaron Rollins.

Public records show Weir has prior arrests for DWI and drugs.