A South Carolina mother who "broke the internet" when she mocked April the giraffe has shared several photos with FOX 5 of her new baby boy.

Erin Dietrich, of Myrtle Beach, became an internet sensation several weeks ago when, at 39-weeks-pregnant, she decided to mimic April, a 15-year-old pregnant giraffe at Animal Adventure Park in New York.

For four weeks, millions of people, including Dietrich, have been tuning in to a continuous livestream set up inside April's enclosure. Dietrich said she's been obsessed with April's baby watch, so she ordered a giraffe mask from Amazon and decided to have some fun with Facebook's live feature.

In Dietrich's first viral Facebook video, she walked around her bedroom for about eight minutes wearing the mask, and the result was absolutely hilarious. The video garnered more than 30 million views.

A few days later, she went live again from her hospital bed, still donning the mask while she was in labor.

Dietrich made thousands of people laugh for a third time after sharing another picture wearing the infamous giraffe mask, with her newborn baby in her arms.

Dietrich said her new bundle of joy is as sweet as he can be, and has adorable pictures to prove it. Photographer Stephanie Cotta snapped several images of Porter wearing a sweet giraffe hat, holding a a tiny giraffe toy.

"That ranks as one of the most fun shoots I have been able to do," Cotta said on Facebook, calling Dietrich one of the sweetest people she's ever met.

"I hope she has her baby soon! We are praying for her!" 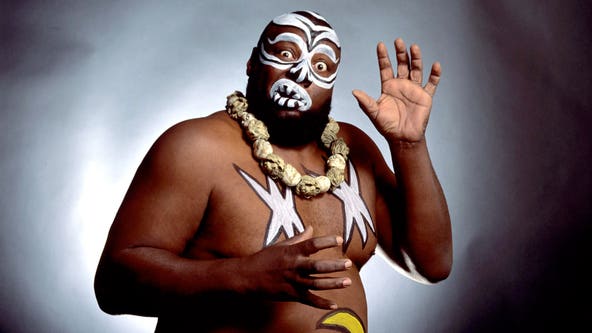