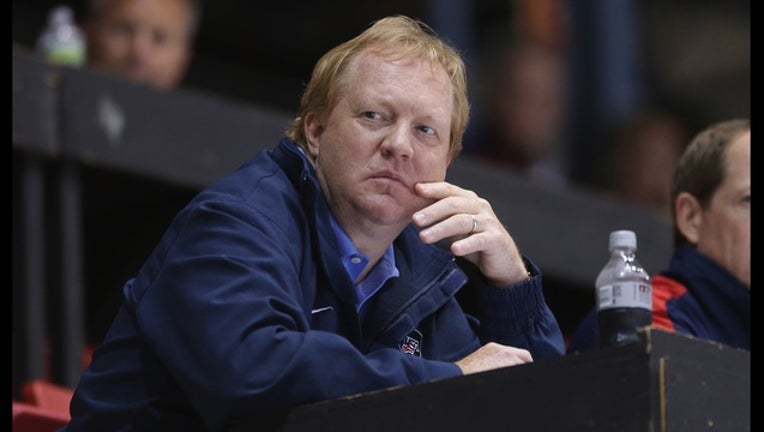 Jim Johannson, the general manager of the U.S. Olympic men's hockey team, has died on the eve of the Pyeongchang Games. He was 53.

Johannson passed away in his sleep Sunday morning, according to USA Hockey. Executive director Pat Kelleher said the organization is "beyond shocked and profoundly saddened" by the loss of the Rochester, Minnesota native.

"As accomplished as Jim was in hockey, he was the absolute best, most humble, kind and caring person you could ever hope to meet," Kelleher said in a release. "His impact on our sport and more importantly the people and players in our sport have been immeasurable. Our condolences go out to his entire family, but especially to his loving wife Abby and their young daughter Ellie."

Johannson's role in selecting this year's Olympic team was his most high-profile job in a career spent in hockey. He also played for the U.S. in the 1988 and 1992 Olympics.

The United States faces Slovenia in its Pyeongchang opener on Feb. 14.

"We lost a true friend in Jim Johannson today," said U.S. coach and 1988 teammate Tony Granato said. "He was so compassionate and as loyal a friend as you could have. He was the ultimate teammate."

Johannson began working for USA Hockey in 2000 after spending five years as the general manager of the Twin Cities Vulcans in the United States Hockey League. He was promoted to assistant executive director of hockey operations in 2007, overseeing the organization's efforts in fielding teams for international competition.

He played college hockey at Wisconsin and helped the Badgers win the NCAA championship as a freshman. He was selected by Hartford in the seventh round of the 1982 draft, but never played in the NHL.

"When we heard of JJ's passing, we are reminded of what an enjoyable person he was to be around, and also what he meant to USA Hockey and hockey worldwide," Buffalo Sabres owners Terry and Kim Pegula, who have a strong connection to USA Hockey, said in a release.

"We should all strive to do our jobs and treat people as JJ did. Jim Johannson, you have moved on, but you will not be forgotten. We will miss you."

Sabres coach Phil Housley, whom Johannson picked to lead the U.S. at the 2015 world juniors and won gold, said the longtime USA Hockey executive was one of the best leaders and "grew our game to new heights."