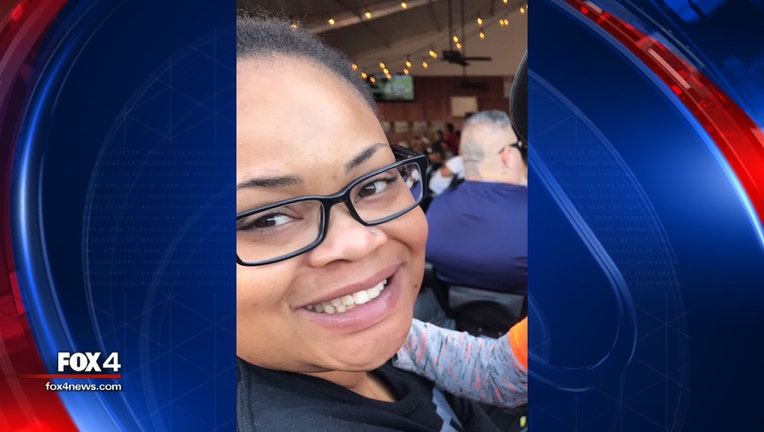 DALLAS - Funeral arrangements set to take place Saturday for Atatiana Jefferson, the woman killed in her home by a Fort Worth police officer, were canceled just hours before the funeral was supposed to happen.

The services were canceled after a Dallas County judge granted Jefferson's father a temporary restraining order to gain control of the arrangements.

Her father has claimed that other family members moved forward with planning the funeral without him.

“I didn't want to miss out on the final moments with her,” Latasha Jefferson, Atatiana’s cousin, said.

On the day when Atatiana was to be laid to rest, two sides of her family - the Jeffersons and the Carrs - are at odds on how to move forward.

Atatiana’s father, Marquis Jefferson, got a temporary restraining order to put a stop to the current funeral plans for his daughter, which he said were moving forward without him.

“That's why we had to do. What we had to do is file a restraining order to make sure he would be able to be recognized, and do what a father is trying to do and that's memorialize his daughter. That's an important part of grieving,” said Bruce Carter, a spokesman for the Jefferson family.

Marquis Jefferson had sent out a cease and desist letter earlier this week, trying to put an end to any GoFundMe campaigns in his daughter's name. He said he did not need assistance to pay for his daughter's funeral.

So far, the online fundraiser has received nearly $250,000 in donations, and continues to grow.

“I thought it was really going to be made a spectacle out of if it would've been held at Potter’s House, and I didn't want that,” Latasha added.

“They don't want her death to be a spectacle or a platform for ‘propheteering’ for those who wait for the moment to get on the speaker and talk about nothing that's going to make this family feel better or about the person that got murdered or died in this case,” Carter said.

The funeral service scheduled at the Potter’s House Saturday afternoon was canceled. The Carr side of the family made the decision late Friday night, after the temporary restraining order was issued.

“A lot of family came in from out of town. The mother, who was hospitalized, was making special plans to be at her daughter's funeral. Her siblings, who've been here from out of town, were all looking forward to sharing memories and celebrating her life, and instead, they're getting into a protracted legal battle,” said Lee Merritt, who is representing the Carr side of the family.

Both sides of the family are expected to meet Sunday to hopefully come to an agreement without the need for further legal proceedings.

“I'm very confident they're going to be able to come together and do a great job memorializing her,” Carter said.

COMMUNITY LEADERS ARE REACTING TO THE DISPUTE AMONGST ATATIANA JEFFERSON'S FAMILY

“She wasn’t running from the police. She didn’t have a warrant. She was living the American dream, and ended up living an American nightmare in her own home, and that should never happen,” said Cory Session, who is vice president of the Innocence Project of Texas.

It’s been one week since body camera video of the fatal officer-involved shooting of Atatiana Jefferson sent shockwaves through the country.

Then Fort Worth officer Aaron Dean fired one gunshot into the back window of Atatiana Jefferson’s home.

The gunshot killed her.

The officer resigned before the police chief could fire him. Dean was arrested and charged with murder.

“The Tarrant County DA seems to be moving quickly on this. It keeps the temperature down, but people are still upset because there have been other shootings that have never been addressed,” Session said.

Earlier this week, Session hosted a meeting between some of Jefferson’s family and Fort Worth’s police chief and mayor.

He said the meeting was positive. Tears and laughs were shared, and it ended with a prayer.

Session was set to attend Jefferson’s funeral Saturday with Fort Worth Mayor Betsy Price, but it was canceled because of court restraining order.

At the center of the controversy, Jefferson’s father claims he was cut out of the process for his daughter’s funeral.

“They were a family before this incident, and like all families, there may be disagreements with how to proceed forward with things,” Session said. “I hope that all parties will be congenial and realize, and celebrate the life of their loved one. Because they are all hurting.”

Session believes the city responded quickly to this tragedy, but added that there is still a deep rooted problem with the Fort Worth Police Department.

“When things like this happen that are beyond reasoning, beyond comprehension, it adds to the list of things that are wrong with the Fort Worth Police Department,” Session added.

Both sides of the family are expected to meet on Sunday to see if they can work out the funeral controversy, but if not, they will meet in court on Monday to deal with the issue.

Session said he will be in court, and wants to talk to the family.