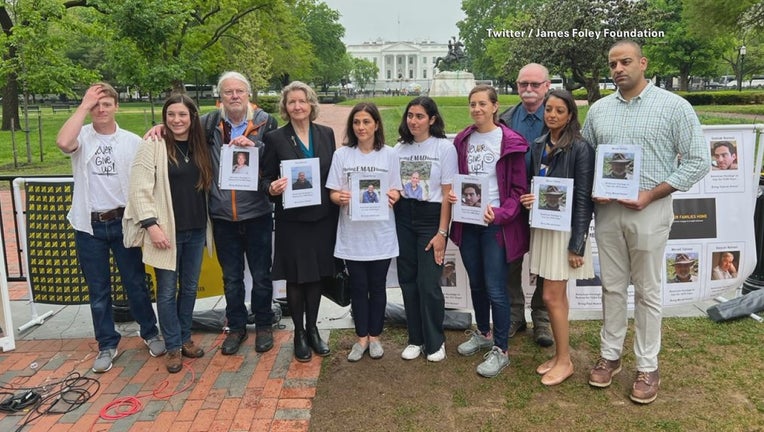 WASHINGTON - The release of Trevor Reed from a Russian prison last week was cause for unadulterated celebration for his family. For Elizabeth Whelan, the experience was far more bittersweet.

When Whelan learned in an early-morning phone call from U.S. government officials that Reed was on his way home but that her brother, Paul, also imprisoned in Russia, was not, she says she uttered words that "cannot be repeated," threw her phone onto the sofa in exasperation and knew she'd have to call her parents — in their 80s — to break the difficult news.

"This is not something a normal family, just an everyday family, has to ever deal with. It is horrific," said Whelan, whose brother is serving a 16-year sentence on espionage-related charges that his family says are bogus. The U.S. government also considers Whelan’s detention unjust and officials have called on Russia to release him.

Once "we finally calmed down" later in the morning, Elizabeth Whelan said, the family recognized that "we need to get in touch with the (Reeds) and let them know we're not upset about Trevor coming home. We're upset about Paul not coming home."

Reed’s release in a surprise prisoner swap triggered similar mixed emotions for the families of Americans wrongfully detained overseas. It has also emboldened them: They hope to build off that rare burst of momentum and employ the same publicity tactics that worked for the Reeds.

"I do think that the fact that they couldn’t get them both out at the same time has re-energized that effort, and I hope it brings back the attention to all of these cases," Whelan said.

RELATED: Trevor Reed back home in Texas one day after Russian prisoner swap 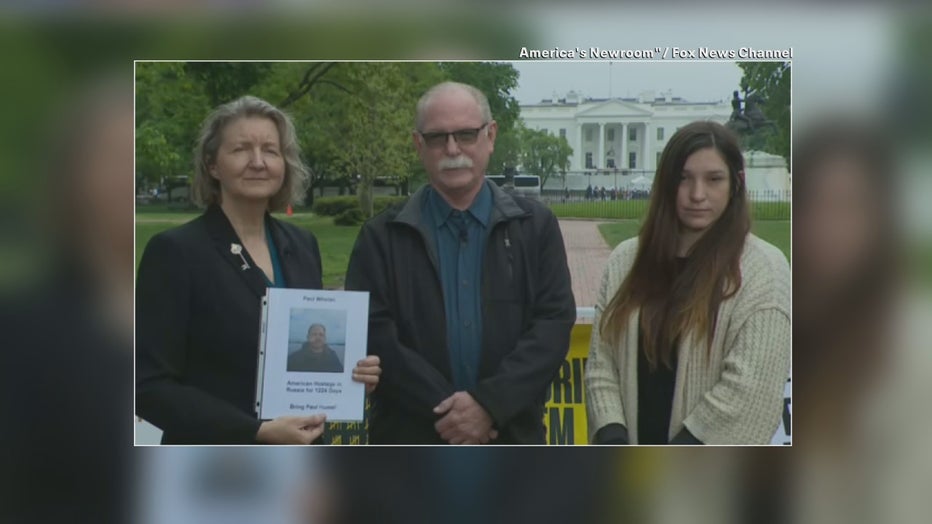 On Wednesday, relatives of American captives in countries including Venezuela, Iran and Rwanda gathered outside the White House to plead for the Biden administration’s attention and to launch a new initiative to get their loved ones home. Several also urged the administration to consider additional prisoner swaps like the one that brought home Reed, who was exchanged for a convicted Russian drug trafficker.

Everett Rutherford, whose nephew, Matthew Heath, is jailed in Venezuela, said the Biden administration needs to display "courage" and "moral fiber." He said "no one in Congress will ever bash" President Joe Biden over a deal that gets a wrongfully jailed American home.

"And we need action from the man who occupies the house behind me," Rutherford said, referring to Biden.

Heath, a former U.S. Marine corporal, was arrested in 2020 at a roadblock in Venezuela and accused by President Nicolás Maduro of being a terrorist and spying for Donald Trump. His family and supporters maintain that he is innocent.

Responding to the families' concerns, State Department spokesman Ned Price said Wednesday that the administration is doing everything it can — "almost all of it unseen, almost all voted unsaid in public" — to bring home American hostages and detainees.

Reed's release came one month after his parents traveled to Washington and stood outside the White House in hopes of getting a meeting with Biden, whose attention they had earlier tried to attract during a presidential visit to Texas. The Reeds got the meeting they sought, giving other families incentive to try to get in front of the administration too.

A Marine veteran from North Texas who was being held prisoner in Russia has been released. The U.S. and Russia carried out a prisoner exchange in Europe that allows Trevor Reed to finally come home.

"You have to go the president — the one who's going to have to make the tough decisions to solve these particular cases," Elizabeth Whelan said. "Either that, or there needs to be a better approach to wrongful detention so that we’re not constantly knocking on his door."

The last week has yielded an unusual flurry of activity. Besides Reed’s release, Biden met at the White House on Monday with the parents of Austin Tice, an American journalist abducted in Syria in August 2012. Their meeting came after Tice’s mother, Debra, attended the White House Correspondents’ Association Dinner on Saturday night.

The following day, the State Department announced that it had reclassified Brittney Griner, a WNBA star imprisoned in Russia on a drug-related charge, as wrongfully detained. The designation assigns her case to the office of the special presidential envoy for hostage affairs, which negotiates for the release of hostages and wrongful detainees.

Price, the State Department spokesman, declined to offer specifics about the reclassification, but said that factors for designating someone as wrongfully detained include an indication of innocence; if the detention is based on someone being a U.S. national; and if the detainee's due process has been "sufficiently denied or impaired."

In March, the U.S. secured the release of an American oil executive in Venezuela, Gustavo Cardenas, as well as another American jailed there. But five other of Cardenas’s colleagues, known collectively as the "Citgo 6" for the Houston oil company where they all worked, were left behind.

Alexandra Forseth, whose father and uncle remain jailed in Venezuela as part of the Citgo 6, said there's always a "roller coaster" of emotions — from joy that a prisoner is being released to "terror" over how much political capital the U.S. government may have expended to make a deal happen, and whether enough will remain for additional deals.

"If you think of it as a pressure system — pressure builds and they take action, because their policy right now is very reactive," Forseth said.

"They just let off some off some pressure by reuniting Trevor," she added. "So our question, is, OK, now we're kind of starting again: How much pressure do we need to build before they take another action, and how many more times do we have to do that before all the families are free?"