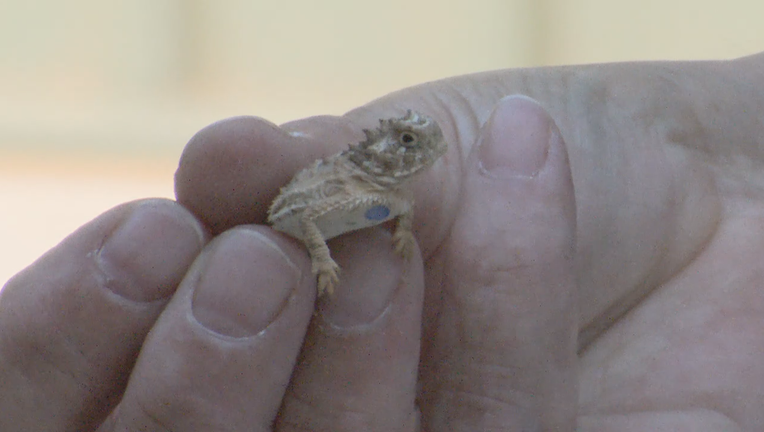 FORT WORTH, Texas - The Fort Worth Zoo will release more than 200 Texas horned lizards into the wild.

The release will be Thursday in Llano, northwest of Austin.

The zoo was making last minute preparations on Wednesday, like weighing the animals and outfitting them with technology that will let the zoo to track their movements once they are released.

The goal is to keep up with the lizards and watch the threatened population grow.

"Let’s be proactive with the conservation of the species because we know they are declining," said Diane Barber. "Let’s figure out how we can bring them back."

Wildlife experts say if they can keep the habitat for horned lizards healthy, that also means other nearby animals and insects have a better chance at thriving.