There is some progress to report in the recovery of a Fort Worth teen hit by lightning nearly three weeks ago while on vacation with his family in Florida.

FORT WORTH, Texas - There is some progress to report in the recovery of a Fort Worth teen hit by lightning nearly three weeks ago while on vacation with his family in Florida.

14-year-old Jacob Brewer was well enough to be transferred out of Florida to Cook Children's Medical Center late last week.

It started like any other Florida family vacation. Jacob Brewer and his younger sister, Ashley, were posing for pictures in Siesta Key, south of Tampa. But then on July 16, the vacation took a terrible turn.

“All of a sudden, we're walking across the beach and lightning hit my son,” recalled Barbara Brewer.

The strike hit Jacob in the chest and exited his foot. The bolt blew a hole in his shoe. Jacob's mom was just inches away when it happened.

“At first, I wasn't sure what happened,” Barbara recalled. “All I know is I was on the ground. I couldn't hear and just seeing my son lying in the sand with a giant hole in his shirt from the lightning. He started foaming at the mouth."

Seconds before Jacob was knocked to the sand, two strangers captured the family in the back of their selfie. They dropped the phone and ran to help.

Jacob was initially treated in the Tampa area but was taken in a medical plane to Cook Children’s last Friday.

It could have been a tragedy, but the family is now filled with hope. Jacob is still paralyzed from the waist down, but there is encouraging news.

"This morning, he moved his big toes. That's the first time he's moved any part of that foot. It was incredible. Just amazing,” Barbara said. “And that outpouring of love and support we're getting from the community is just amazing." 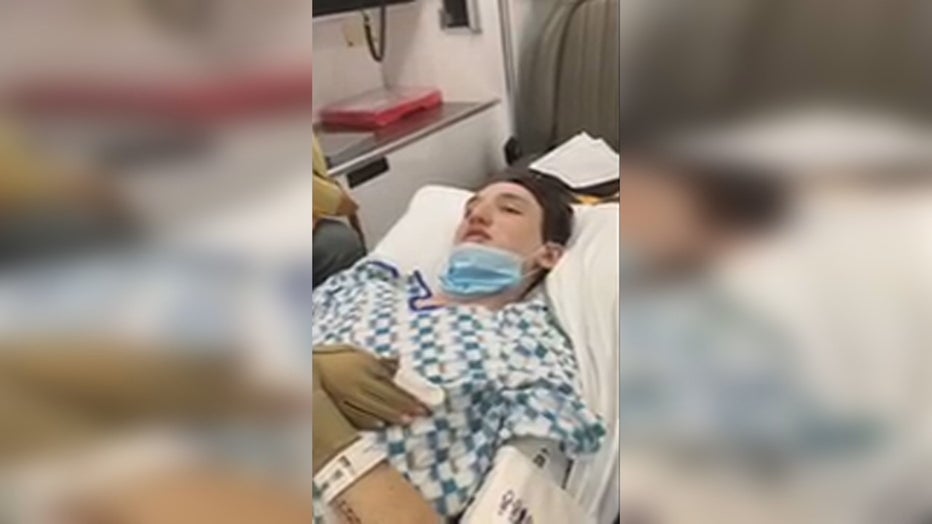 Jacob's mom said dozens of people at their resort in Florida gathered for a prayer group while Jacob was in the hospital there. She has faith he will continue to get stronger.

Meantime, Jacob was supposed to start school this fall as a freshman at Timber Creek High School. But for now, he is still at Cook Children’s.