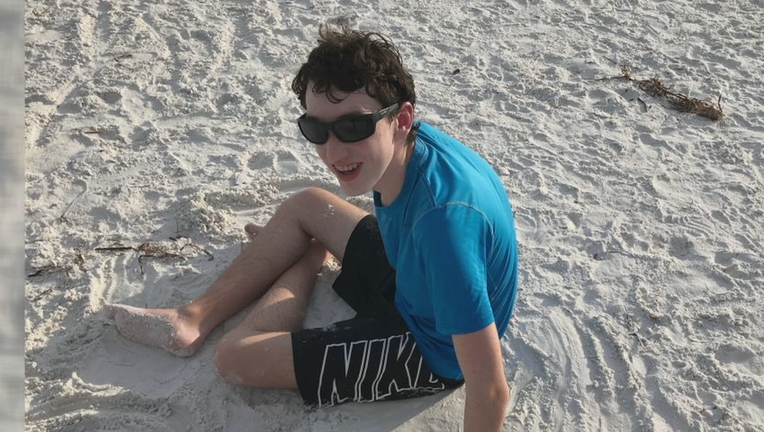 FORT WORTH, Texas - A Fort Worth teenager who was struck by lightning in Florida is doing better and is now off a ventilator.

Fourteen-year-old Jacob Brewer is in a hospital in Tampa.

He was struck by lightning nearly two weeks ago while on the beach with his family.

RELATED: Fort Worth teen continuing 'miracle' recovery after being struck by lightning

“We saw the dark clouds coming up on the beach from the south, and I said, ‘Hey, let’s go,’ get going along with quite a few other people around,” his father, Jeremiah Brewer, told FOX 4.

The bolt of lightning struck Jacob in the chest, exiting his foot as the family tried to escape the beach on Siesta Key.

“I saw just a huge flash of light all around me. I was a little ahead of Jacob. And I could feel heat on the back of my neck and I hit the ground because just this incredible crack of thunder. And I turned around after that and saw Jacob on the ground,” Jeremiah recalled.

It took first responders 45 minutes to get a pulse, but Jacob survived. He is now off the ventilator and breathing on his own.

His mom said he still cannot move his foot where he was hit but his progress is encouraging. Doctors weren’t sure how much brain function he would have.

Jacob’s family said he is able to communicate with a pen and paper.

The first thing he asked for after being removed from the ventilator was a Coke Zero.