Fort Worth teen continuing ‘miracle’ recovery after being struck by lightning

A Fort Worth teen is recovering after a bolt of lightning struck him in the chest while vacationing in Florida with family.

A Fort Worth teen is recovering after a bolt of lightning struck him in the chest while vacationing in Florida with family.

Jacob Brewer’s father said the family is holding strong and supporting Jacob the best they can, as he makes progress day by day.

“We saw the dark clouds coming up on the beach from the south, and I said, ‘Hey, let’s go,’ get going along with quite a few other people around,” Jacob’s father, Jeremiah Brewer recalled.

Jeremiah spoke via Zoom from Tampa General Hospital, where his 14-year-old son remains in the pediatric ICU.

A bolt of lightning struck him in the chest, exiting his right foot as the family tried to escape the beach on Siesta Key Thursday during a quick moving storm.

“I saw just a huge flash of light all around me. I was a little ahead of Jacob. And I could feel heat on the back of my neck and I hit the ground because just this incredible crack of thunder. And I turned around after that and saw Jacob on the ground,” Jeremiah recalled.

Several people ran to help and performed CPR, including a police officer.

“The storm was so bad, everybody there was in danger, but these guys kept going,” Jacob’s dad said.

Jeremiah said it took first responders 45 minutes to get a pulse, but Jacob survived.

A few days later, he’s using hand gestures, nodding, appears to understand when spoken to and tries to respond, but can’t because of a breathing tube. 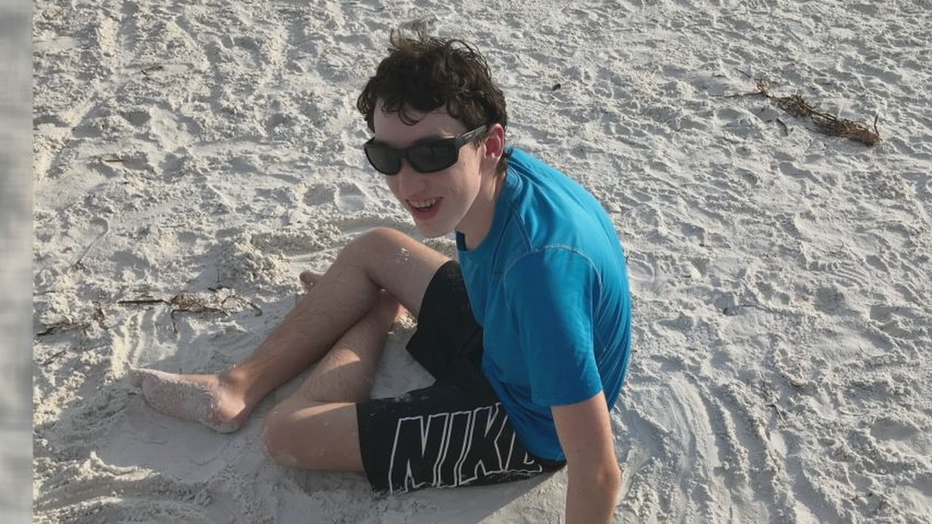 Family and friends are fundraising for the trombone player and soon-to-be freshman at Timber Creek High School.

His mom said Jacob often said he has bad luck, but now his dad knows how to respond.

“That crossed my mind and one thing that I want to tell him is I can see why you might say this is bad luck. I can tell you, you had the best luck because you took a direct lightning hit and you lived,” he said.