A Fort Worth community wants to put a stop to dangerous stunt driving on its streets.

FORT WORTH, Texas - A Fort Worth community wants to put a stop to dangerous stunt driving on its streets.

Members of the John T. White Neighborhood Association took their concerns to their Fort Worth City Council member.

The location is about a mile north of I-30, just off a quaint tucked away neighborhood.

"This is not just a bunch of teens having fun, this is organized lawlessness, it really is, and it’s dangerous," said Dave Fulson, with the John T. White Neighborhood Association.

Fulson and other supporters went in search of solutions Monday night at a scheduled District 5 meeting with Councilwoman Gina Bivens and Fort Worth police.

"We have to send a message, but we have to act on that message," Bevins said. "Anybody could get killed at any location in any city where this foolishness is taking place." 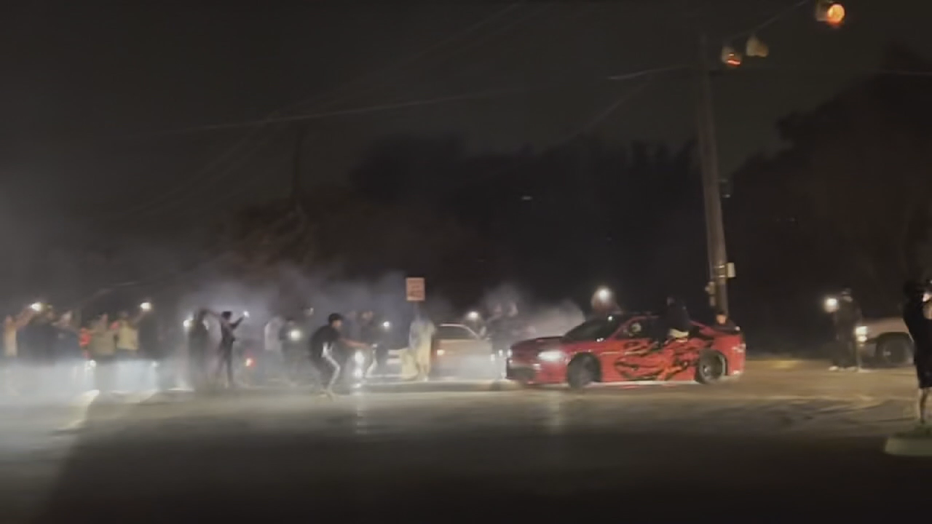 Fort Worth PD’s East Division’s new commander, Monica Martin, said they’ve made headway with stunting in Stop Six, where, earlier this month, hundreds of people had been taking part in the stunting and as spectators.

"What they do is they advertise where they’re going to be, they put it on their social media platforms," Martin added.

The department said it’s working not only to break up the crowds, but to apprehend the stunters and the spectators who are also in violation of the law.

"We have already put in a request to get a camera at this location that will be monitored by our RTTC unit. That will give us even more intel as to when they are showing up," Martin said.

Crowds at the John T. White intersection were seen on video scrambling when police got close.

Neighbors said the scene and the fleeing vehicles put innocent people in danger.

"Pulling out into traffic and having somebody broad side you at 90 miles an hour," Fulson said. "Somebody is going to be killed. It’s not if it will happen, it’s when. And we’re committed. We don’t want it to be an innocent citizen or a neighbor."