Fort Worth police said four people were killed in a shooting during an attempted robbery that involved narcotics Friday evening.

FORT WORTH, Texas - Fort Worth police said four people were killed in a shooting during an attempted robbery that involved narcotics Friday evening.

This happened just before 7 p.m., when police were called about a shooting in the 1200 block of E. Jessamine Street. 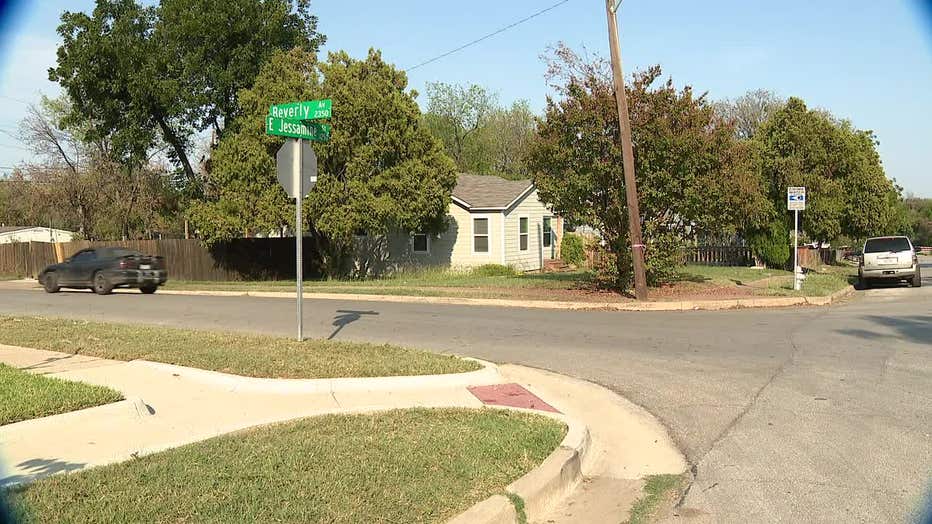 No arrests have been made. Police are searching for a gray Dodge Challenger that fled the scene after the shooting.

Investigators said this appears to be an attempted robbery involving narcotics. Multiple guns that had been fired were recovered at the scene, police said.

"What we can tell you is that our early clue that this is a robbery homicide that does involve drugs," said Fort Worth Police Department Officer Buddy Cazalda said.

Anna Prokhorska is shaken to her core a day after her street was a crime scene involving a quadruple murder.

"I went up to the window and saw a car driving off and dropped to the ground hoping nothing would hit me," she recalled.

She remembers hearing loud gunfire, only to then walk outside to a bullet-riddled SUV near her front yard.