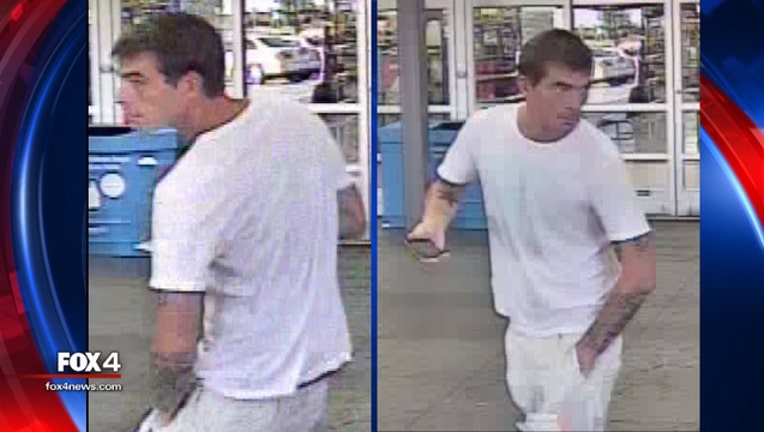 Fort Worth police say a man walked into a fire station and stole a firefighter's wallet.

Police said a man walked into a Fort Worth fire station in the 2500 block of Polaris Drive and stole the wallet. The wallet was on a counter in the station. The man left without being seen.

Police say the man used the firefighter’s credit card at a Texaco on Meacham Boulevard and then took a taxi to a Walmart in North Richland Hills.

The man also used the card twice at the Walmart and then again at the Burlington Coat Factory next to the Walmart, according to police.

Police are asking anyone with information on the suspect to contact detectives at (817) 392-4622.