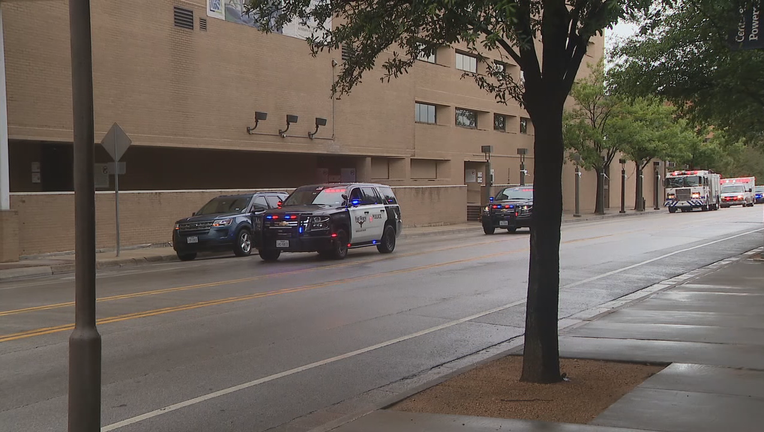 FORT WORTH, Texasfo - There was a special Father's Day moment Sunday for a Fort Worth officer injured in the line of duty.

The department organized a drive-by parade outside JPS Hospital, where Officer Matthew Brazeal is recovering.

Brazeal was seriously injured when a fleeing suspect struck him with a car on June 13 while he put out stop sticks.

RELATED: Fort Worth officer 'severely injured' after being struck by suspect who was fleeing in stolen vehicle

Police decided to do the parade to mark the first time Brazeal got to see his dad since the incident.

“His fiancé, Candace, has been limited visits, and as she's been going in with the restrictions, the hospitals, dad hasn't gone in to see his son yet,” Fort Worth PD Officer Buddy Calzada said. “He did sneak in one time to see him at the very beginning, and Matt was unaware of that at the time, so today will be the first time Matt's able to visibly see his dad.”