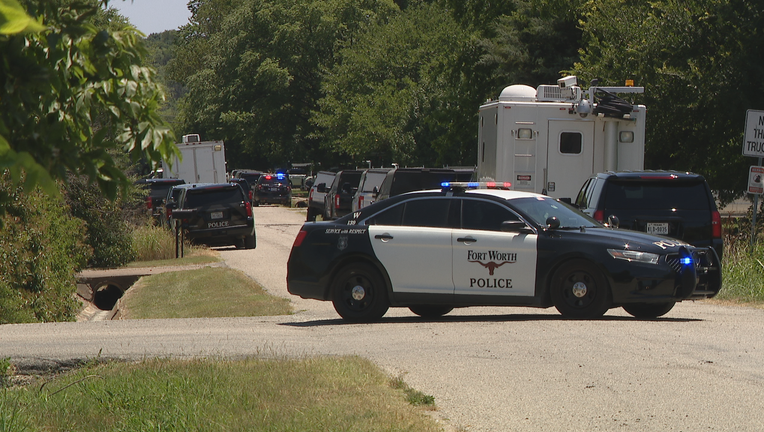 FORT WORTH, Texas - A Fort Worth Police Department officer is hospitalized after being struck by a suspect who was fleeing from police Saturday.

The incident started just after 11:30 a.m., when officers tried to stop a stolen vehicle in the 4200 block of North Freeway.

The driver did not stop, and officers began pursuing the vehicle in the northbound lanes.

During the pursuit, an officer was struck by the suspect’s vehicle while trying to deploy stop sticks.

MedStar reports the officer was taken to an area hospital in critical condition.

The Fort Worth Police Officers' Association tweeted out that the officer was "severely injured."

Police later found the suspect’s vehicle, but the suspect was not inside.

Officers searched the area for the suspect, and he was taken into custody hours later in West Fort Worth.

The suspect has not yet been identified.